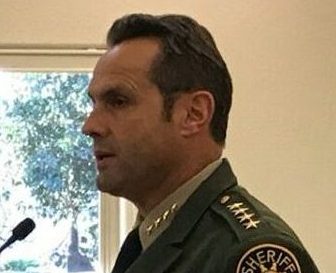 The San Luis Obispo County Sheriff’s Office turned over at least 87 inmates to the federal Immigration and Customs Enforcement (ICE) last year, according to a report presented by Sheriff Ian Parkinson on Tuesday.

Parkinson appeared at the SLO County Board of Supervisors’ meeting as part of a public forum now required by state law on ICE’s access to local individuals. Parkinson has previously stated he opposes sanctuary state rules that bar his agency from cooperating with federal immigration officials, but the sheriff’s office has almost completely cut its ties with ICE since Senate Bill 54 was signed into law in Oct. 2017.

SB 54, which took effect on Jan. 1, prohibits state and local law enforcement from cooperating with federal immigration authorities and from inquiring about an individual’s immigration status, except in certain cases, like incidents involving violent felonies. The law is being challenged in court, but the SLO County Sheriff’s Office says it is abiding by it.

Since Nov. 2017, the sheriff’s office has not turned over any inmates to ICE, nor faxed the federal immigration agency information on inmates. Meanwhile, ICE has not placed any holds on SLO County inmates, nor has the agency had any access to inmates while they were in local custody, according to Parkinson’s report.

Of the 87 SLO County inmates turned over to ICE between March and Nov. 2017, 80 were of Mexican origin. Eighty-one of the inmates were male, while six were females. Seventy-three of the 87 inmates released to ICE were between the ages of 18 and 43.