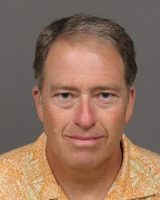 A San Luis Obispo jury convicted the owner of the Manse on Marsh of manslaughter and elderly dependent abuse on Tuesday over the 2014 death of a dementia patient who walked away from the assisted living facility and was struck by a car.

The following March, state investigators raided the Manse on Marsh, as first reported by CalCoastNews. Then in July 2017, the California Attorney General’s Office charged Christopher Skiff, 54, and Gary Potts, 63, with involuntary manslaughter and elderly dependent abuse. Skiff, the owner of the Manse on Marsh, has now been convicted of the charges, while Potts, a former employee of the elderly care facility, is being tried separately.

Prosecutors alleged the Manse on Marsh admitted Cardenas as a resident, even though he had a dementia diagnosis and the facility lacked a waiver to handle such patients. The Manse on Marsh had previously been cited several times for admitting residents for whom it was not licensed to provide care, and former employees have said there were numerous dementia-diagnosed residents at the facility.

During Skiff’s trial, which began on Nov. 15, prosecutors argued the defendant ordered Manse on Marsh staff to urge a doctor to reevaluate Cardenas, who was eventually admitted to the facility with a recorded primary diagnosis of mild cognitive impairment. The prosecution called to the stand several former employees, who testified Skiff was very engaged in the operations of the facility and sales, and that he told a nurse to urge a doctor to change Cardenas’ dementia diagnosis.

Former employees testified that Skiff and facility staffers had daily meetings in which they discussed a “hot list” of prospective residents who had medical and other barriers to admission and created action plans on how to get the individuals admitted. Employees testified that they expressed concern to Skiff over Cardenas being on the hot list, but shortly later, he was admitted to the Manse on Marsh anyway.

Skiff testified in his own defense that he only learned of Cardenas’ dementia after the man’s death and that Cardenas’ name was added to the hot list at the request of his family. Skiff’s attorney, Robert Sanger, argued Cardenas had mild cognitive impairment, not dementia, when he was admitted to the Manse on Marsh and that the facility was capable of caring for him with that diagnosis.

Following three days of deliberation, the jury convicted Skiff, who now faces up to eight years in prison. Skiff is being allowed to remain out of custody until his sentencing, which is scheduled for Jan. 25.