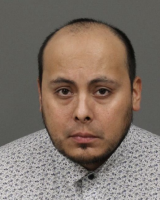 Alfonso Alarcon-Nunez, 39, is an illegal immigrant who was once deported to Mexico yet was living in Santa Maria, in possession of a driver’s license and working as an Uber driver. Alarcon-Nunez allegedly lured intoxicated women into his vehicle, followed them inside their homes, sexually assaulted them, stole valuables from them and charged them overly excessive amounts for their rides home.

At an arraignment hearing Wednesday in San Luis Obispo Superior Court, Judge Craig van Rooyen determined there is enough evidence for Alarcon-Nunez to stand trial. At the hearing, prosecutors revealed Alarcon-Nunez is accused of assaulting five women, rather than four, as was initially alleged.

The defendant targeted intoxicated women who requested rides through the Uber app. Alarcon-Nunez would arrive in his four-door sedan with the Uber dash light and pick up the women prior to the actual Uber driver arriving.

He would then request that the passengers pay him through the Venmo payment service, rather than through Uber. Alarcon-Nunez would charge some of the women hundreds of dollars through the Venmo app, according to testimony at Wednesday’s hearing.

Investigators found semen at some of the crime scenes that matched Alarcon-Nunez’s DNA, detectives testified. Also, Alarcon-Nunez’s face appears in at least one graphic video.

Two Santa Barbara police detectives testified during the hearing on Wednesday. Detective Chad Hunt testified that the 31-year-old woman had been out drinking with friends in downtown Santa Barbara on July 15, 2017, when she became intoxicated and ordered an Uber to take her home.

The victim told police she next remembered waking up in her bed with her clothes ajar and her purse, phone and watch missing. The woman said her vagina was sore, and she had a bruise on her knee, though she did not know if she had sex the night before.

Days later, the victim received a Facebook message from a user named “Brush Bat.” The Facebook user stated in the message, “I had fun the other night… Do you remember?”

The Facebook message contained photos that showed the woman propped up and possibly unconscious in the back seat of a vehicle with her skirt hiked up and her vagina showing. Later, the victim found two Venmo charges totaling $1,000.

Under cross examination, Hunt testified the victim did not see a doctor after the incident, and it could have been a consensual sexual encounter.

One of the alleged San Luis Obispo assaults occurred at the end of a night of drinking on Jan. 17, 2018, when two SLO women ordered an Uber. One woman was so intoxicated she could not walk. A Good Samaritan Uber driver helped carry the woman to her apartment, along with her friend.

Later, the women reported to San Luis Obispo police that a man suddenly appeared who also identified himself as an Uber driver. He jumped in to help carry the heavily intoxicated girl up to the apartment, SLO Police Detective Christopher Chitty testified.

A used condom was found in the room, and the DNA matched Alarcon-Nunez’s, Chitty testified. Additionally, investigators found photos and videos in the defendant’s home and on his electronic devices showing the girls naked and engaging in sexual activity.

In another incident, Alarcon-Nunez allegedly helped a friend of an intoxicated woman bring the drunk female inside. Alarcon-Nunez then returned later through a back door.

Th fourth attack in SLO occurred after a woman ordered an Uber for her intoxicated friend. As the friend carried the intoxicated woman out of the house, Alarcon-Nunez was waiting, stopped in the middle of the street.

Alarcon-Nunez faces a maximum punishment of life in prison if he is convicted of all charges. His arraignment is scheduled to continue on Jan. 14.