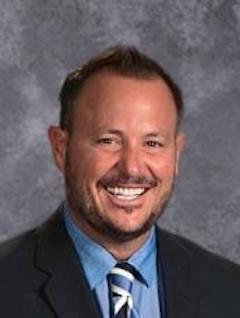 The Paso Robles Joint Unified School District board voted unanimously Thursday to award $113,409 in severance pay, plus six months of health benefits, to outgoing Superintendent Chris Williams, even though he is leaving the district with depleted reserves and a budget shortfall of nearly $3 million.

Less than four months after receiving a new contract with a base salary of about $215,000, Williams announced he would resign as superintendent without publicly disclosing his reason for leaving.

Williams’ contract allowed him to receive a maximum severance payment of one year’s salary. On Thursday, the Paso Robles school board convened for a special meeting, during which speakers said during public comment that Williams was not deserving of severance pay.

Nonetheless, the school board decided unanimously in a closed session hearing to give Williams the equivalent of six months pay in the form of a $113,409 lump sum payment and a half year’s worth of health benefits. Williams will formally resign on Friday, according to the settlement agreement.

Earlier this month, school officials revealed the district is faced with a $2.1 million shortfall for the 2019-2020 fiscal year. An additional $800,000 in cuts are needed for the 2020-2021 budget, according to an interim financial report for the current school year.

The cuts could result in teacher layoffs, though district officials say they are trying to avoid that.

In addition to departing with a budget shortfall, Williams’ tenure as superintendent, which began in 2014, is drawing to a close with the school district’s reserve for economic downturns almost completely depleted. Since 2015, the reserve fund had decreased from 10 percent of the size of the general fund to 1.73 percent, according to the interim financial report. State rules require districts of Paso Robles’ size to maintain a 3 percent reserve.