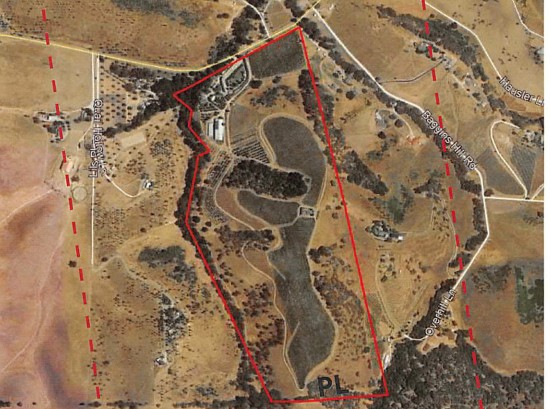 The Templeton Area Advisory Group weighed in on the high-stakes debate about where legal marijuana should be grown in San Luis Obispo County last week, voting unanimously to support one farm while voicing their objections to a proposed grow because of its proximity to multiple homes.

During public comment, several neighbors voiced concerns over the distance of the crops from residential structures, primarily because of issues with smell, views and crime. Several grows in South San Luis Obispo County emit a skunk-like odor that can be detected from a half-mile away from the cultivation sites.

Several speakers pointed at an article in the New York Times about the the “powerful, nauseating stench” some marijuana grows emit.

Jamie Jones of Kirk Consulting argued that county inspectors will monitor smells, but admitted it is a subjective determination. Over the past two years, dozens of growers and neighbors have accused San Luis Obispo County staffers of overlooking violations for some growers while making other cannabis cultivators jump though hoops, claims that have led neighbors to question the reliability of county code enforcement.

Located on Vineyard Drive, the first cannabis proposal on the agenda has been an active grow for more than nine years. During the meeting, Board Member Bruce Jones said it was a “good, complaint project with no complaints.”

The cultivation area is not viewable from neighboring residences or the roadway.

The board then voted 7-0 to send a recommendation to the county to approve a minor use permit for the 1.5 acre cannabis cultivation currently operating under a 2016 cannabis registration for EmeraldHeart Farms.

Currently, only applicants associated with 2016 cannabis registration can apply for marijuana cultivation permits. However, the county allows cultivators to apply to relocate registered grows to another property.

Multiple neighbors spoke out against the project contesting its close proximity to five homes, set backs of less than 200 feet, a lack of planning for odor control and an adjacent property owner who is also seeking approval for a large cannabis farm.

Project applicant Elizabeth Ross said she would consider moving the grow to a different location on the property and installing hoop houses to appease the neighbors. She noted the neighbors concerns about stench, but said their worries were unfounded.

“I think the New York Times article is causing mass hysteria,” Ross said. “People are opposed because they do not understand it.”

After the majority of the board members discussed the need to protect residents’ ability to enjoy their properties, the board voted 6-1 to ask the county to deny Ross’ application.