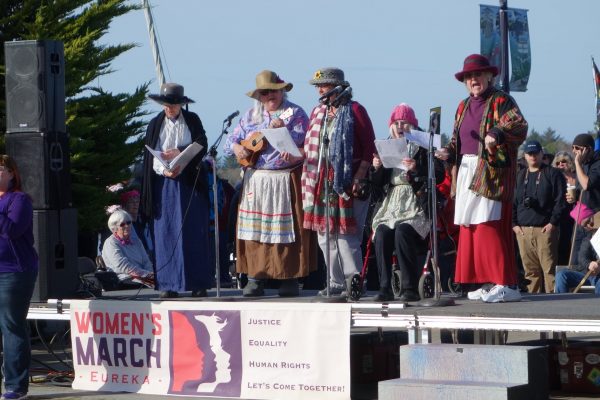 The participants at events put on by a Northern California Women’s March have been “overwhelmingly white,” prompting organizers of the group to cancel an upcoming rally planned for later this month.

Despite Humboldt County being predominately white, the Women’s March Eureka stated in a Facebook post last week that the community has not been well represented at its events. The post stated organizers decided to cancel a rally scheduled for Jan. 19 in Eureka.

“Up to this point, the participants have been overwhelmingly white, lacking representation from several perspectives in our community,” the post said.

Humboldt County organizers of the Women’s March Eureka made the decision to cancel the rally following many conversations between local social change leaders and supporters of the march. They are now focusing on organizing an event in March, according a follow-up Facebook post published on Monday.

“The organizers of the Eureka Women’s March in Humboldt County, California are moving the focus towards an event date on March 9th, in conjunction with International Women’s Day, to ensure that the peopled most impacted by systems of oppression have an opportunity to participate in planning,” the post states. “We failed to have the type of collaboration needed to be inclusive of some of the most underrepresented voices in our community, namely, women of color and people who are gender non-conforming.”

Women’s March Eureka stated in the post that the majority of its leadership team is white and that it failed to be more inclusive.

Humboldt County is 74.3 percent white, as of last July, according to the United States Census Bureau. That percentage does not include Hispanics, who make up an estimated 11.7 percent of the county’s population.

Elsewhere in the country, Women’s March leaders have faced allegations of not being inclusive of some groups of people. Critics have accused the Women’s March of anti-Semitism, as well as of not welcoming women whose political beliefs do not align with those of progressive liberals.