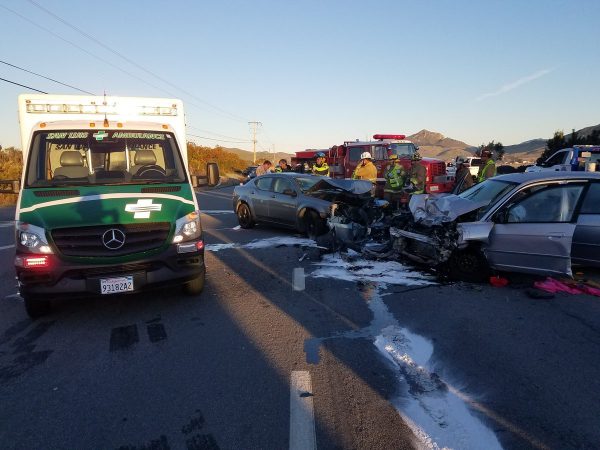 The cars collided at about 7:20 a.m. on Los Osos Valley Road just east of Foothill Boulevard, according to Cal Fire. An ambulance came out to the scene and transported the injured people to the hospital.

Officials have not disclosed the extent of the individuals’ injuries. It is unclear what caused the collision.

Cal Fire and San Luis Obispo fire personnel, along with the CHP, all responded to the scene of the crash. An investigation is ongoing.