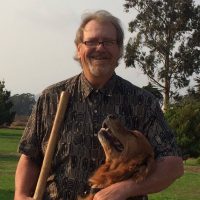 The man who lost the Los Osos Community Services District race by less than 1 percent of the votes is challenging the election in a lawsuit.

The complaint filed Dec. 28, says that Stephen Best “was wronged and deprived of a fair and honest election” because of the illegitimate actions of San Luis Obispo County Clerk Recorder Tommy Gong, Christine Womack and a handful of officials and staffers at the Los Osos district. Gong certified the election on Nov. 30, after admitting his office made a mistake in the Los Osos election.

Following the Nov. 6 election, Gong admitted his office erred when it allowed incumbent Christine Womack to run unopposed for a two-year term. The election should have been to fill three four-year seats.

After the county had originally identified three-four year terms, an action that had received approval by the Los Osos district board, one of the seats was changed to a two-year-seat.

Appointed in Dec. 2018 to fill a vacancy, Director Christine Womack ran uncontested for the two-year seat.

In his suit, Best accuses Womack of voting to approve three four-year terms, then applying for a two-year seat she knew did not exist. Because of this, Womack was able to secure a seat without campaigning.

“By requesting the special ballot condition and accepting the change of full-term to a half-term seat on her application for the ballot the day before the applicant‘s deadline on Aug. 10, 2018, she insured herself an unopposed ballot position,” the lawsuit says.

On June 7, the Los Osos Community Services District Board voted to approve the three four-year terms.

In his suit, Best says that Los Osos Community Services District staff were also aware the two-year seat was illegitimate but failed to correct the error.

“Los Osos Community Services District’s Vickie Milledge – president director, Rene Osbome – CSD general manager and staff knew there were only three four-year full-term seats available to be on the ballot as they were responsible for drafting Resolution 2018-11, but decided to quiet and were complicit in covering up the error and made no effort to correct the error by County Recorder Tommy Gong of granting an illegitimate two-year haIf-term seat,” the suit says.

Womack said she does not remember the June 7 vote to approve three four-year terms. In addition, she said Gong had recommended she apply for the two-year seat if she wanted to be listed on the ballot as an “appointed incumbent.”

On Nov. 6, the County Board of Supervisors awarded Womack, who was running uncontested, the two-year seat, an appointment they later rescinded.

Following the invalidation, Gong said the Los Osos board could extend Womack’s position while it decides whether to call for a special election or make an appointment. Even so, Womack has continued serving on the board without an extension.

In another bone of contention, Los Osos district legal counsel said that Womack could remain in office even though her term had ended on Dec. 7.

In support of his opinion, Los Osos Counsel Ray Hanley cited Election Code Section 10507, “…the term of office of each elective officer, elected or appointed pursuant to this part, is four years or until his or her successor qualifies and takes office.”

However, the Election Code requires that appointed incumbents must be on the next ballot following their appointment.

Best argues the intent of the code is that the elected officer serves no more than four years, but can be replaced earlier if a qualified successor is identified.

“Christine Womack should be denied and banned the right to ﬁll that seat by default appointment with nonaction of their responsibility,” Best says in his lawsuit.”Responsibility of filling the vacant seat, should be made decision [sic] of the people of Los Osos and Baywood Park in a democratic, fair and transparent process.”