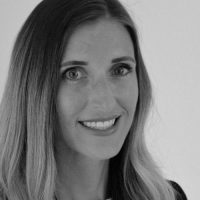 The elected Grover Beach council members on Monday filled a vacant seat on the city’s governing body by appointing an attorney who had never previously attended a council meeting.

The council then whittled the candidates down to three finalist that included Bright, Lance and Terry Wingate. Several council members then discussed the importance of considering age and sex when making a determination.

Councilwoman Barbara Nichols noted that Bright and Wingate were of “an elder generation and we do want to bring in the younger people.”

Lance is a contract business immigration attorney, according to her application for the Grover Beach council seat. She cited being a small business owner, homeowner, lawyer and mother as the experience that qualifies her to serve on the city council.

Prior to Monday’s meeting in which she was appointed to the council, Lance had never attended a Grover Beach council meeting.

“My family and I are incredibly happy and grateful to finally put down roots and call Grover Beach home,” Lance stated in her application. “After living a somewhat transient lifestyle in Chicago and London, I am eager to involve myself and contribute to our community. I am inspired by what the council has done so far (new roads and fiber network) and I want to be part of future planning and execution.”

Lance is joining the Grover Beach council in the middle of her seat’s four-year term. Her seat is up for election in 2020.