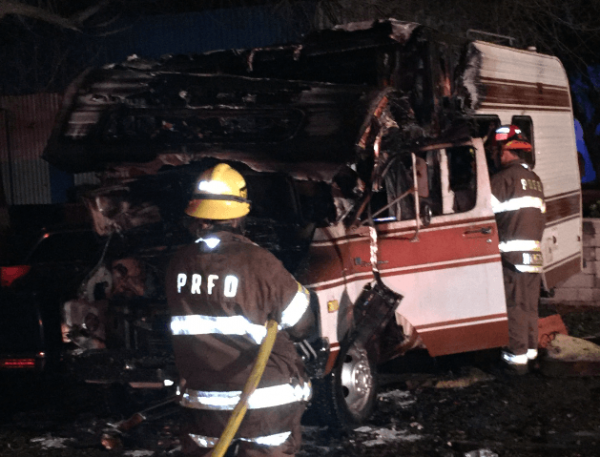 A man and his dog managed to escape a motorhome that caught on fire in Paso Robles on Thursday evening.

At about 6:30 p.m., a witness reported that a 1979 Dodge motorhome was on fire. Firefighters contained the blaze by 6:30 p.m. and remained on scene another 30 minutes to overhaul the fire, according to officials.