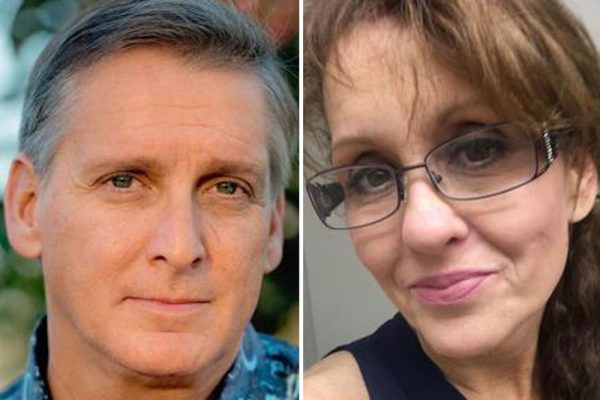 A Lompoc man who kidnapped his ex-girlfriend and held her captive for four days as he fled to Arizona and then Nevada has reached a plea deal that will result in him receiving an 11-year prison sentence. [KSBY]

Joseph Hetzel pleaded no contest Tuesday to kidnapping, an offense that counts as his second strike. Hetzel was previously a convicted felon with a criminal history that includes using explosive devices with the intent to terrorize, felony vandalism and making criminal threats.

On Sept. 1, 2017, Hetzel abducted Virginia Paris while she was visiting Solvang. On the morning of Sept. 3, Hetzel and Paris were spotted at a Starbucks in Goodyear, Arizona. After ordering a drink and giving the name Virginia, Paris told a customer in the coffee shop that she needed help.

Hetzel reportedly saw the interaction, grabbed Paris, dragged her out of the Starbucks, kicked her into a vehicle and drove off at a high rate of speed. While Hetzel sped off, Paris tossed her car registration out the window, and police recovered it.

The two then spent the night at a hotel near the Grand Canyon.

On the evening of Sept. 4, Paris made two calls to a family member. During the second call, she asked for help and stated she was in the Henderson, Nevada area.

Late that night, Hetzel dropped Paris off in front of the Railroad Pass Hotel and Casino in Henderson. A few hours later, authorities located Paris’s vehicle, which was abandoned on a street in Mesquite, Nevada.

It then took about 15 more hours for officers to track down Hetzel. Officers arrested him on Sept. 5 in Las Vegas.

Hetzel’s sentencing is scheduled for Feb. 21.