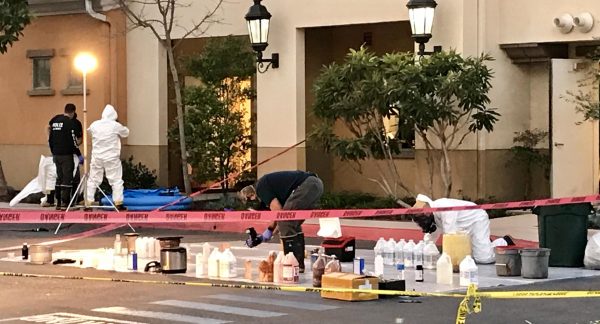 Employees at the Goleta Courtyard by Marriott found suspicious chemicals inside the hotel’s boiler room on Tuesday, prompting a daylong investigation that revealed a  hotel staffer had been operating a drug lab on the premises, according to the Santa Barbara County Sheriff’s Office.

At about 9 a.m., employees at the Courtyard by Marriott in the 400 block of Storke Road found suspicious chemicals in the boiler room. The employees called 911, and sheriff’s deputies came to the hotel, where they found what appeared to be a clandestine drug lab.

Santa Barbara County firefighters came out to the scene to assist in case the drug lab posed a fire hazard. As the investigation proceeded, authorities determined it was not necessary to carry out evacuations. However, as a precautionary measure, officials moved hotel guests in the immediate area to different locations in the building.

The investigation eventually revealed the suspect was a hotel maintenance employees, who was already in custody at Santa Barbara County Jail. Deputies arrested Aaron Gorzeman, 37, of Oxnard on Saturday in the paring lot of the hotel, according to the sheriff’s office.

Gorzeman had outstanding arrest warrants at the time. When deputies contacted him, they found Gorzeman was in possession of methamphetamine and drug paraphernalia.

Detectives obtained another search warrant for Gorzeman’s Oxnard home and served it Tuesday night with the assistance of the Ventura County Combined Agency Narcotic Task Force. It is unclear what officers found at Gorzeman’s home.

Authorities re-booked Gorzeman into the Santa Barbara County Jail on additional charges of drug manufacturing. Gorzeman’s bail is set at $100,000.

The DMT manufacturing process requires the extraction of chemicals from root bark through the use of highly toxic and flammable chemicals in an extraction vessel over an open flame. DMT is a Schedule 1 drug and has many health risks, such as intense hallucinations, stomach discomfort, overwhelming fear, paranoid thoughts of impending doom, lung irritation and increased heart rate and body temperature. 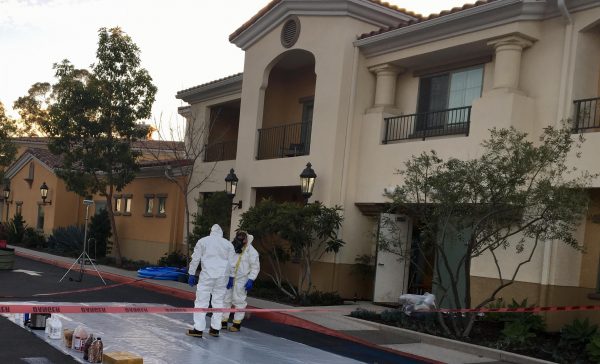