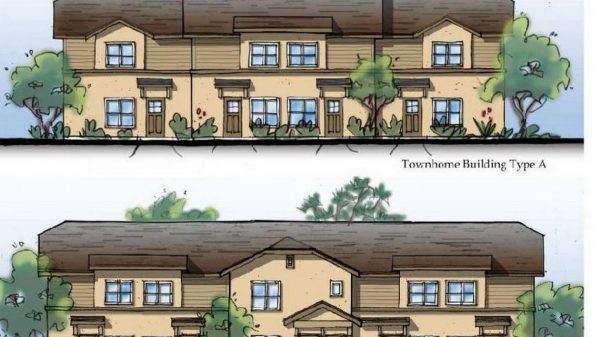 Two environmentalists have appealed a decision by the San Luis Obispo County Planning Commission to approve a proposed affordable housing apartment complex in Cambria on the grounds that there is not enough water for the project. [Tribune]

The nonprofit People’s Self-Help Housing plans on creating the Cambria Pines Apartments, which would provide highly-sought affordable housing in the North Coast community. Cambria reportedly has a more than a 100-person waiting list for affordable housing units.

Project plans call for the Cambria Pines Apartments to consist of 33 units spread across eight buildings at a site near the community’s middle school and the Schoolhouse Lane apartment complex. Cambria has been under a moratorium on new water connections since 2001, though there is an exemption for affordable housing.

Mary Webb and Christine Heinrichs filed an appeal disputing the county planning commission’s ruling that there is enough water for the project. Webb and Heinrichs also argue in their appeal that the project does not conform to the county’s local coastal plan.

The project is subject to a Cambria Community Services District rule prohibiting a new development from creating a net increase in water demand. In order to comply with the rule, People’s Self-Help Housing purchased retrofit points in lieu of actually retrofitting appliances in the neighboring apartment complex to compensate for the water used in and around the newer units.

Heinrich argues the proposal amounts to a “paper water creation,” which misleads the planning commission and the board of supervisors about the project’s actual water demand. The appellant argues that adding 33 residential units will not actually reduce water use.

Cambria’s CSD has a water supply plant, though it only has county and Coastal Commission approval to operate the facility during water-shortage emergencies.

The county board of supervisors will rule on the apartment project appeal at a hearing expected to take place in April or May. Prior to the filing of the appeal, construction on the Cambria Pines Apartments was expected to begin in 2021.