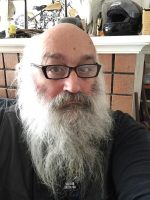 Police have identified the Atascadero man killed in a crash on Highway 46 in Paso Robles on Friday as Barry Stephenson, 68.

Shortly before 2 p.m., Stephenson was riding a Kawasaki motorcycle headed westbound on Highway 46 when a Toyota SUV pulled out of the Hunter Ranch Golf Course. Stephenson, who was unable to stop his motorcycle, crashed into the back of the SUV.

Stephenson was thrown from his bike onto the highway. Responders pronounced him dead at the scene of the crash.

The driver of the Toyota emerged from the crash uninjured. An investigation into the crash is ongoing.