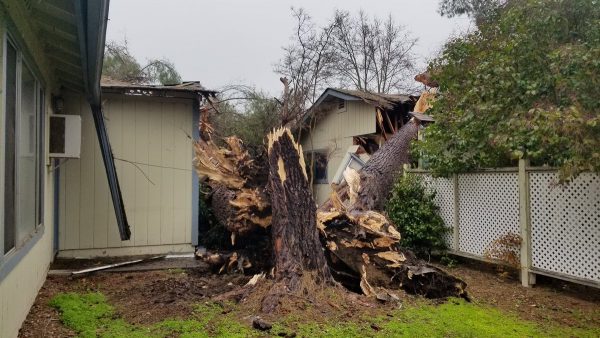 Heavy rain and wind are knocking over trees and power lines on the Central Coast Wednesday, causing outages and closures, as well as displacing some residents.

In Atascadero, a large pine tree fell on multiple homes. The destruction caused by the approximately 50-foot pine tree displaced a total of eight residents, according to KSBY.

Downed power lines resulted in the closure of Highway 166 in both directions east of Highway 33 near New Cuyama, according to Caltrans. Likewise, Highway 1 was temporarily blocked Wednesday south of Carmel because of downed trees and power lines.

In San Luis Obispo, three cars collided in the downtown area Wednesday morning at the intersection of Santa Rosa and Marsh streets, according to police. 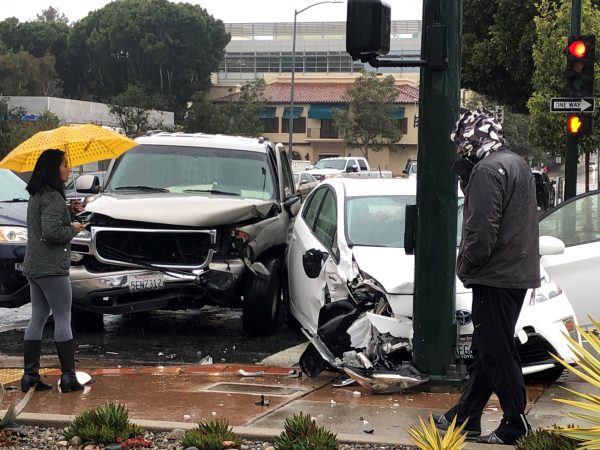