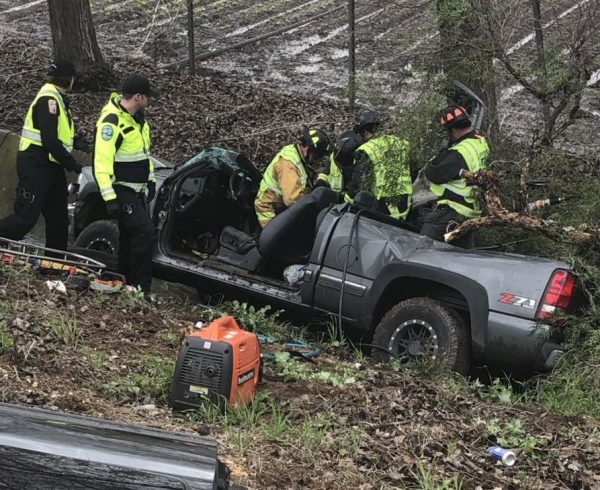 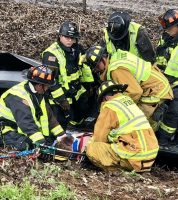 Fire crews extricated a teen from a pickup truck in Arroyo Grande Thursday after the truck drove off of Highway 101, hit a tree and landed in a culvert.

At about 12:30 p.m., officers responding to reports of a crash near the Grande Avenue on-ramp found the vehicle on its side in the culvert and a passenger trapped inside, according to the Five Cities Fire Authority.

Firefighters extricated the teenage passenger using cutters and rope. Afterwards, the teen was transported to a trauma center with undisclosed injuries.

At the time of the crash, there were two 17-year-old male Arroyo Grande High School students in the vehicle.

CHP Officer Mike Poelking said the vehicle was headed eastbound on Grande Avenue, before it turned onto Highway 101 and accelerated on the on-ramp. While accelerating, the pickup spun out of control, drove over the edge of the road, into the culvert and hit a large tree branch.

Five Cites Fire Chief Steve Lieberman said the students appeared to be on their way back to the Arroyo Grande High campus when the crash occurred. Arroyo Grande High School has an open campus policy for upperclassmen, which permits them to leave during lunchtime.

Arroyo Grande High is offering counseling to any student who may need it as a result of the crash. 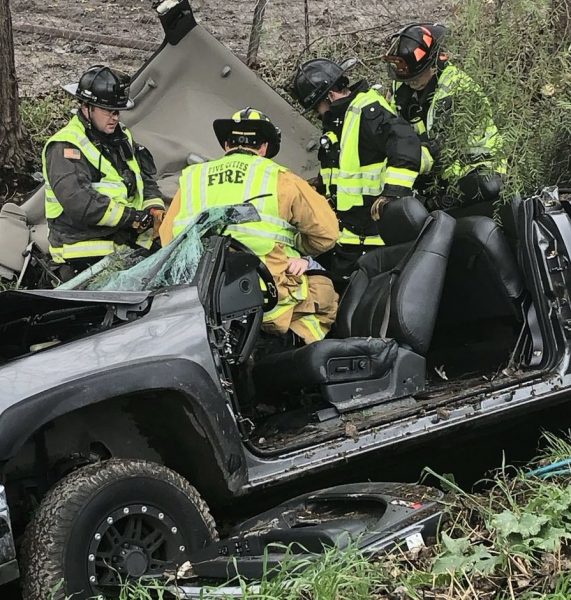