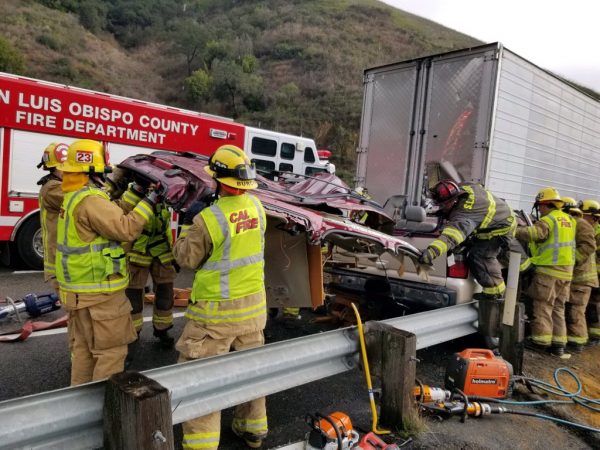 An Atascadero woman survived with major injuries after crashing into the back of a big rig on the Cuesta Grade and getting her vehicle wedged under the truck.

Emergency personnel needed to extricate Shannon Schmidt, 44, from her SUV that was stuck under the big rig. Responders managed to free Schmidt, who was then hospitalized.

Schmidt was driving with her 9-year-old son in the vehicle at the time of the crash. Schmidt’s son only suffered moderate injuries but was taken to a hospital, as well.

The crash occurred at about 3 p.m., shortly after rain started pouring on the Cuesta Grade. Schmidt was driving southbound on Highway 101, and she changed lanes, moving into the slow lane in order to pass a slower vehicle.

Schmidt’s SUV then crashed into the back of a big rig being driven by a Santa Maria man. The truck driver emerged from the crash uninjured.

Following the crash, two of the three southbound lanes on the Cuesta Grade were blocked. Traffic backed up into North County. 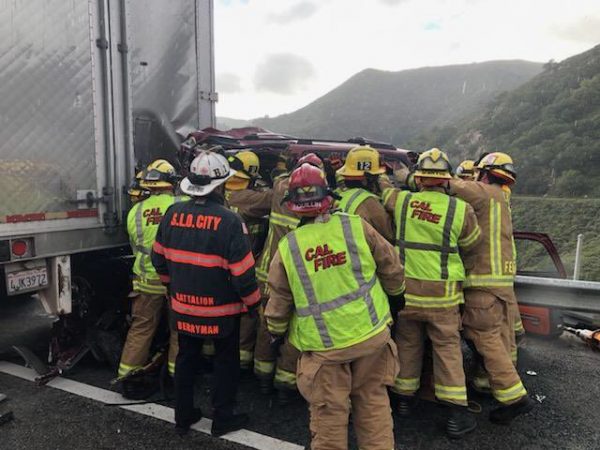