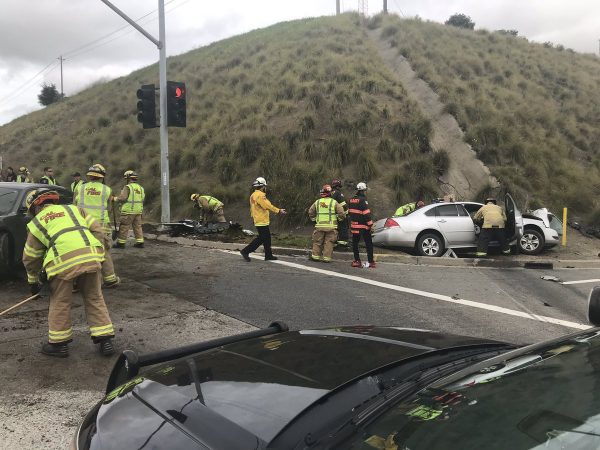 A San Luis Obispo County Sheriff’s deputy was extricated from his unmarked car after it was struck by another vehicle near Cal Poly Tuesday morning. [Tribune]

At about 10 a.m., a woman in a black Dodge Charger turned left off southbound Santa Rosa Street onto Highland Drive by the entrance to the Cal Poly campus in front of the unidentified deputy’s car, which was heading northbound on Santa Rosa Street. The collision trapped the deputy, who suffered undisclosed injuries, in his county vehicle.

Police Sgt. John Villanti said the collision was significant because of the speeds cars regularly travel in the area. It is unclear how fast the cars were traveling, but drivers often exceed the 45 mph speed limit in the area, Villanti said.