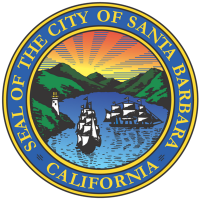 A Ventura County Judge issued a tentative ruling last week striking down the city of Santa Barbara’s ban on short-term vacation rentals near the coast.

In 2015, Santa Barbara officials decided to start enforcing a ban on vacation rentals near the coast following complaints that the businesses were harming the long-term rental market and violating zoning laws designed to protect family neighborhoods. The ban on vacation rentals near the coast was susceptible to a legal challenge on the grounds that it may not be in compliance with the California Coastal Act.

Kracke’s suit alleged the city’s effort to ramp up enforcement violated the California Coastal Act, which requires jurisdictions along the coast to provide affordable lodging within the coastal zone. In his tentative ruling, Judge Mark Borrell found Santa Barbara failed to obtain a coastal development permit from the California Coastal Commission, a requirement for government action that affects use of land or water along the state coastline.

Santa Barbara City Attorney Ariel Calonne said he will appeal the ruling. The tentative ruling has no impact on short-term rentals in Santa Barbara located outside the Coastal Zone.

On a related matter, the Coastal Commission last year rejected an attempt by Santa Barbara County to ban short-term rentals in unincorporated areas within the Coastal Zone.