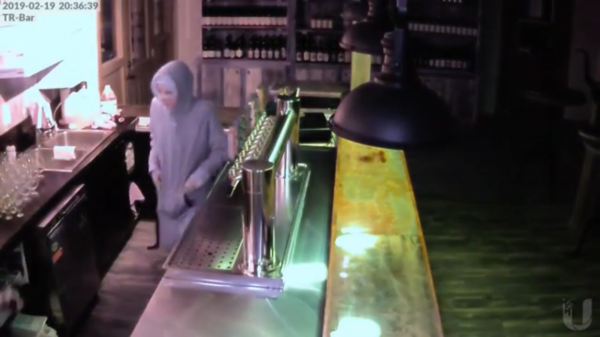 Two teens from Colorado — a 13-year-old and a 16-year-old — are suspected of a string of burglaries last week that started at the Mission Trail Cider House taproom in Cholame and ending after they were arrested in Monterey County.

At about 8:35 p.m. on Feb. 19, a pair of armed burglars shot out the front window and the glass in two doors at the Mission Trail Cider House taproom located on the historic Hearst Jack Ranch on Highway 46. One burglar then took about $400 from the cash register while the second thief wandered around with his hand on his gun.

Workers at the Jack Ranch Cafe spotted the damage when they arrived to work the following morning.

Sometime during the night of Feb. 19 or the early morning hours of Feb. 20, robbers broke into a King City business through a rear window and stole a cash register, according to the King City Rustler.

That same night, the suspects broke into another King City business through the front door and stole electronic items.

Amid an investigation into the King City burglaries, Salinas police officers stopped a white 2002 Honda Accord with Colorado license plates with two male teens inside — a 16-year-old from Aurora, Colorado and a 13-year-old from Commerce, Colorado.

Investigators determined the vehicle was stolen and located evidence inside from the King City burglaries. Officers arrested both teens and booked them into the Monterey County Juvenile Hall on two counts of commercial burglary.

Shortly after the video of the taproom theft played on local media, a Monterey County sheriff’s deputy informed Victor Jones, the owner of the Mission Trail Cider House, that it appeared the same suspects were responsible for all three burglaries, Jones said.

Meanwhile, San Luis Obispo County Sheriff’s spokesman Tony Cipolla said  the sheriff’s office does see similarities in the cases and is in contact with the Monterey County Sheriff’s Office for further investigation.