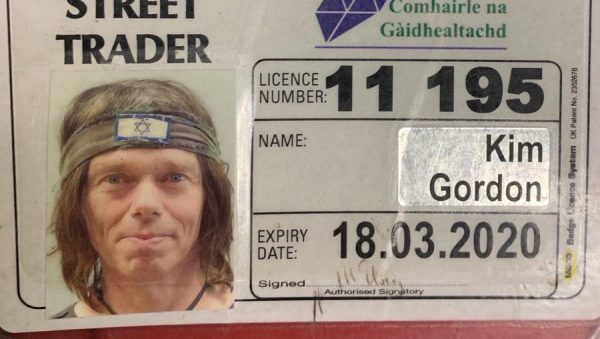 Monterey County Sheriff’s officials suspect a man who is wanted in Scotland on 24 counts of rape may have faked his own death as part of a plot to evade justice. [KSBW]

Kim Gordon is a well-known street performer and trader from Inverness, Scotland who is scheduled to appear in court on March 11. Last Monday, Gordon’s 17-year-old son called 911 and reported that his father went missing while going for a swim at Monastery Beach in Carmel.

Authorities conducted a three-day search by land and water and found no signs of Gordon. Sheriff’s investigators questioned Gordon’s son about the story and determined his answers were not adding up.

Deputies are continuing to investigate Gordon’s disappearance. The United States Marshals Service is now searching for Gordon, as well.

Gordon is described as 5 feet 11 inches tall, weighing about 200 pounds, with brown hair and blue eyes. Deputies are asking anyone with information about Gordon’s whereabouts to call 911.

Meanwhile, Gordon’s son has reportedly returned to Scotland. He could potentially face charges in the United States for filing a false police report and aiding and abetting a wanted fugitive.