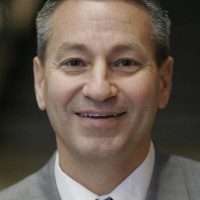 Following a string of losing seasons, Cal Poly fired its only men’s basketball coach to have led the Mustangs to the NCAA tournament.

Joe Callero served as Cal Poly’s head basketball coach for 10 seasons, starting in 2009. Cal Poly Athletic Director Don Oberhelman announced Wednesday that Callero will coach the team’s final two games on Thursday and Saturday and will not be retained beyond then.

“I’d like to thank Joe Callero for his 10 years of dedicated service to our university,” Oberhelman said in a statement. “Joe embraced the academic rigors of Cal Poly and worked very hard to give every one of his students the chance to graduate.”

In the current season, Cal Poly has a record of 6-21 and is in last place in the Big West with a mark of 2-12 in conference play. Callero recorded two winning seasons with the Mustangs, but the team is currently completing its sixth consecutive losing season.

During the 2013-2014 season, despite having a losing record, Callero led Cal Poly to its first ever Big West Conference Tournament championship. The team then won its first NCAA Tournament game in the program’s first appearance in the tournament.

Callero’s tenure included 13 All-Big West selections, and in 2014, Chris Eversley became the program’s first conference tournament most valuable player. Callero also coached David Nwaba, who went on to become the first Cal Poly player to make it to the NBA.

Cal Poly is conducting a national search for Callero’s successor.