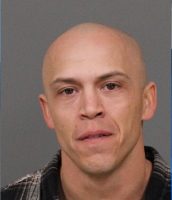 A Paso Robles man who is charged with two counts of murder after allegedly stabbing his girlfriend multiple times, killing her and their unborn child, could face life in prison without the possibility of parole or the death penalty, according to the San Luis Obispo County District Attorney’s Office.

On Saturday, deputies discovered the body of Carrington Jane Broussard, 27, of Paso Robles, while assisting CHP officers in the chase of a man fleeing authorities in a stolen CHP vehicle. Broussard, who was nine months pregnant, was scheduled for a C-section this week, neighbors said.

Shortly before 6 a.m., Daniel Raul Rodriguez Johnson crashed his car on York Mountain Road in Templeton. While officers spoke with an ambulance driver, Johnson commandeered a CHP patrol vehicle and headed westbound on Highway 46. Johnson left his and Broussard’s 2-year-old and 4-year-old children at the crash site.

After officers shot Johnson with multiple bean bag rounds, they managed to take him into custody. As part of the investigation, sheriff’s deputies went to the couple’s home in the 2800 block of Sorrel Lane in the Heritage Ranch area and found Broussard’s body.

Deputy district attorneys Megan Baltierra and Michael Frye are prosecuting the case. Johnson is scheduled for an arraignment hearing on Thursday morning.