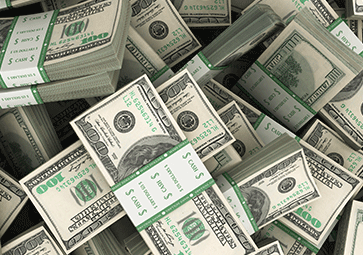 With California state workers hoarding vacation days and other time off and often receiving six-figure payouts for doing so, taxpayers are faced with another massive liability, in addition to pension debt. [LA Times]

According to the most recent estimate available, which was released in 2017, state workers have accrued $3.5 billion in pay for unused time off. In 2018 alone, California paid state workers nearly $300 million for banked time off, based on limited data available.

Last year’s data includes most state agencies and departments, but not legislative employees or other taxpayer-funded institutions like the public university systems. So, the total cost to taxpayers of accrued time off that was cashed out in 2018 was probably much higher than $300 million.

Bijan Sartipi retired last year after working for 36 years as a transportation engineer, including a stint as the director of Caltrans in Alameda County. Sartipi received a payout of $405,119 for unused time off.

Sartipi’s payout was the equivalent of more than 4,400 hours of vacation. Sartipi retired with an annual salary of $191,208.

Last year, more than 450 state workers received six-figure checks for unused time off when they left their jobs. The amount of six-figure payouts marked a 60 percent rise since 2012, when 280 workers cashed out $100,000 or more of unused paid leave.

Vacation payouts can surpass annual salaries for some employees, such as Sartipi. The cost of each vacation hour increases over time because state labor code requires employers to compensate workers for unused time off based on the employees’ final pay rate, not what they were earning when the hours were accrued.

Many of the employees who receive the highest payouts receive raises toward the end of their employment with the state.

Sartipi received a 4 percent raise in his final years of work, giving him an additional $15,000 for unused time off.

When state employees cash out their banked leave, the state government not only pays them for the hours they have on the books, but also for a projected total of additional time they would have earned had they taken the days off. Hence, an employee with 640 hours of vacation would also be paid for all of the vacation and holidays they would have earned had they taken those 80 days off.

The rising accrued vacation liability stems from an increasing number of state workers retiring and lax enforcement of California’s cap on pay for unused time off. California mandates vacation balances for most employees be capped at 640 hours, though the rule is only sporadically enforced.

By contrast, most private sector employers cap accrued vacation between 40 and 400 hours and do not allow workers to earn time beyond those limits.

Some state departments have tried to mitigate the vacation balance by offering employees the opportunity to cash out up to 80 hours of accrued time off each year, thus reducing the likelihood of a larger payout when workers retire at a higher salary. Over a three-year period ending in 2017, the state wrote checks totaling $111 million in attempt to reduce vacation balances.

“I doubt Gavin Newsom will go to the bargaining table to see if he can fix it,” Moorlach said. “Our governors are very reliant on public employee union contributions, so this is just not going to happen.”