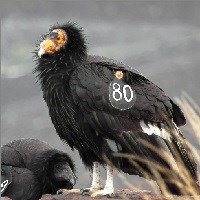 Open letter to the San Luis Obispo County Board of Supervisors:

I have contacted the California Department of Fish and Wildlife (CDFW)to see if anyone has inquired about the possible effects this proposed cannabis farm could have on the release of the condors at San Simeon. CDFW states, Cannabis cultivators, like other project proponents, must comply with Fish and Game Code.

I also have a call and an email in to the U.S. (Federal) Fish and Wildlife Service, who is the organization that chooses when and where to release these magnificent birds. Since 2015, 18 juvenile California condors have been released from San Simeon. One more was scheduled to be released sometime around Christmas 2018. This would bring the total of 19 condors soaring the Central Coast.

In addition, I have spoken to three representatives at The Peregrine Fund (including one rep who does the condor releases at The Grand Canyon) who all were concerned and, frankly, appalled, that a project such as this would even be considered in such close proximity to where condors are being released and tracked.

Many Central Coast raptors, such as falcons, hawks, eagles and owls, hunt and eat live prey. Condors are unique in that they only eat large and small carcasses (dead animals) including rabbits and rodents, which will be prevalent visitors to the marijuana farm. As these rabbits, rodents, etc. die due to pesticides, they are just the meal ticket a condor would love.

In addition, the electric power poles and razor wire this farm would require could be a major source of injury and death to these amazing birds.

Are you willing to be the ones to go permanently on record as those who approved this project in such close proximity to the release and recovery of this endangered species?

An article posted on Dec. 9, 2018, in The Tribune, quotes Joe Burnett, a senior wildlife biologist with the Ventana Wildlife Society.

“San Simeon is going to be a stop for all the condors,” Burnett said in an email interview. “This is one of the big goals, to basically have an area that is adopted by all the birds. Condors are very social… so just by habit, the San Simeon birds will lead them here (in the next few years).”

These condors have been released in our area for one reason…. It is pristine and safe. It is a wonderful micro climate that is conducive to the health and recovery of the condor population.

There is a reason why they didn’t release the condors in Mendicino County. I have several other objections to why this proposed “farm” is a bad fit for our community, but you’ve basically heard, and side-stepped them all.

In conclusion, I am thrilled to be one of the lucky ones who have seen once this majestic creature in our very own Shadow Canyon (minutes away from this proposed project). It was forced to fly in front of me as it was trapped by the canopy of tree branches. It looked prehistoric and I was mesmerized. They are beginning to thrive in our environment.

Ms. Gardener and Mr. McAllister can easily relocate their project to another part of the mid-state. Our condors do not have a choice and it is our responsibility to see that they are protected.

Please do the right thing. Approve the appeal put forward by Ian McPhee, and deny the project.