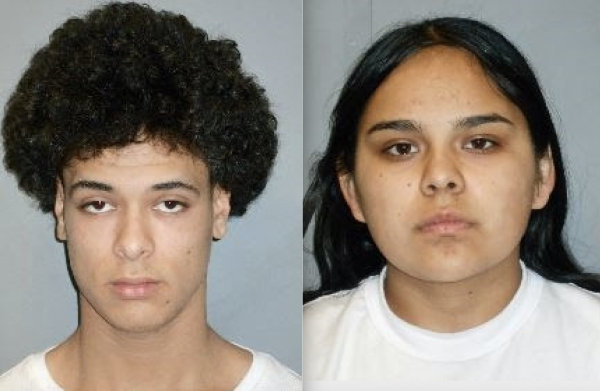 Lompoc police have announced the arrests of a man, a woman and two juveniles for an attempted murder earlier this month that left one person wounded.

At about 5:30 p.m. on March 3, a 911 caller reported hearing shots fired in the area of North M Street and West Maple Avenue in Lompoc. Officers arrived at the location, but found no evidence of a shooting.

Shortly before 6 p.m.,  a staffer at the Lompoc Valley Medical Center Emergency Room said a gunshot victim had walked in for treatment. The victim, however, refused to cooperate with officers

Even so, detectives  tracked down video evidence of the shooting.

As a result of the video footage, officers identified Dominique Ariana Roman, 18; Nathan Philip Barcelona, 19; and two juveniles as suspects in the shooting. The two juveniles were already in custody over crimes they allegedly committed in the city of Santa Barbara.

Separately from the Lompoc case, Barcelona and the two juveniles were each charged with several crimes that occurred in Santa Barbara. As part of the investigation into that case, Santa Barbara police seized a firearm, which Lompoc detectives believe was used in the March 3 shooting.

Roman and the two juveniles are known to be gang members, police said. Police do not believe there are any outstanding suspects from the shooting.

All four of the suspects have been charged with attempted murder with a gang enhancement for their alleged roles in the shooting. Officers booked Roman and Barcelona into the Santa Barbara County Jail.