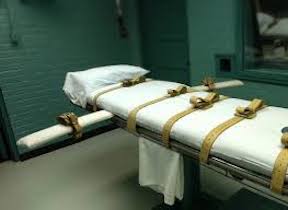 California Gov. Gavin Newsom will sign an executive order on Wednesday imposing a moratorium on the death penalty and granting temporary reprieves to all 737 condemned inmates on death row. [LA Times]

Newsom vows that during his time in office no prisoner will be executed in California, which has the largest total of condemned inmates among all states nationwide. But, no inmate will be released, and no sentence or conviction will be altered, Newsom’s executive order says.

The order calls for the immediate closure of the execution chamber at San Quentin Prison. It also halts California’s ongoing efforts to devise a constitutional method for lethal injection.

Newsom’s executive order deviates from the expressed will of California voters, who rejected two statewide ballot measures in the last six years that called for a repeal of the death penalty. Voters also narrowly approved a ballot measure that requires fast-tracking the appeals process in capital punishment cases.

“Our death penalty system has been — by any measure — a failure,” Newsom states in prepared remarks he is expected to deliver on Wednesday. “It has discriminated against defendants who are mentally ill, black and brown, or can’t afford expensive legal representation. It has provided no public safety benefit or value as a deterrent. It has wasted billions of taxpayer dollars.”

Newsom also argues the criminal justice system is susceptible to error, citing a Los Angeles Times report that 164 condemned prisoners nationwide were wrongly convicted and have been freed from death row since 1973. Additionally, Newsom claims, citing a Santa Clara University Law Review study, that people convicted of killing whites were more likely to be sentenced to death than people convicted of killing blacks and Latinos.

The executive order will likely face legal challenges by pro-death penalty organizations and county prosecutors. In February, the association representing deputy district attorneys in Los Angeles County accused the state’s elected officials of foot-dragging on enforcing the death penalty and of substituting their own values for the ratified votes of the majority of California’s electorate.

Kent Scheidegger, the legal director of the pro-death penalty Criminal Justice Legal Foundation, said Newsom’s order is an abuse of power. Newsom has the constitutional authority to grant reprieves to condemned inmates, but he does not have the power to order the state Department of Corrections and Rehabilitation to shut down the death chamber or halt its efforts to establish a lethal injection protocol, Scheidegger said.

Recently, the court rejected 10 commutations issued by Gov. Jerry Brown during his last full month in office. All of the cases involved inmates convicted of multiple felonies.

California has not executed a prisoner since 2006 because of a series of legal challenges to its lethal injection method. The state has executed 13 people since the U.S. Supreme Court reinstated the death penalty in 1976. Over that same period, 79 death row inmates have died of natural causes and 26 have died by suicide, according to the California Department of Corrections and Rehabilitation.

A total of 24 inmates on California’s death row have already exhausted their appeals. Those inmates have each spent between 27 and 38 years on death row.

Three inmates convicted of San Luis Obispo County murders are currently on death row: Michael Whisenhunt, Richard Benson and Rex Krebs. None of the three have exhausted their appeals.