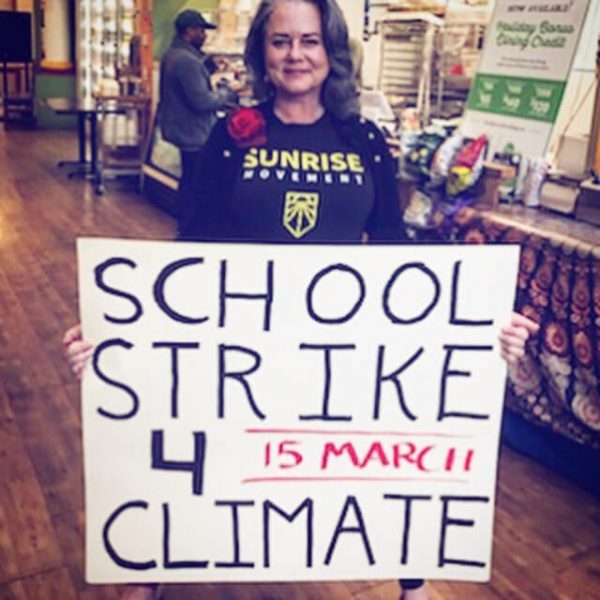 In her latest call for social activism, San Luis Obispo Mayor Heidi Harmon posted on Instagram and Facebook an appeal to local students to skip class on Friday and participate in a global strike in which youth will demand action combating climate change.

“I stand with the next generation,” Harmon said in the social media post. “On Friday, March 15, students and youth from around San Luis Obispo will strike from school to demand real climate action. From 10 a.m. to 1 p.m., students, young people and supporters from an array of local organizations will rally outside the SLO County Board of Supervisors building.”

The demonstration taking place locally is expected to occur in conjunction with students striking in approximately 40 countries around the world, according to international media reports. The initiative was started by Swedish 16-year-old Greta Thunberg, who last year, skipped class and sat outside Sweden’s parliament with a hand-painted banner, kicking off the global school strike for climate movement, according to The Guardian.

Harmon’s social media post has been met with both praise and criticism. SLO Councilman Aaron Gomez came to Harmon’s defense on Facebook, saying the school strike is a student-led international movement.

However, critics have said it is irresponsible for Harmon to instruct students to skip school and that the San Luis Obispo mayor is using children to promote her political agenda.

When criticized for “encouraging kids to ditch school,” Harmon posted a link to an article reporting students in 40 countries will take place in the strike.

“The next generation understands that if we can’t solve climate crisis their education will be worthless anyway,” Harmon wrote on Facebook. “They are doing what they can because the adults have not done their job.”