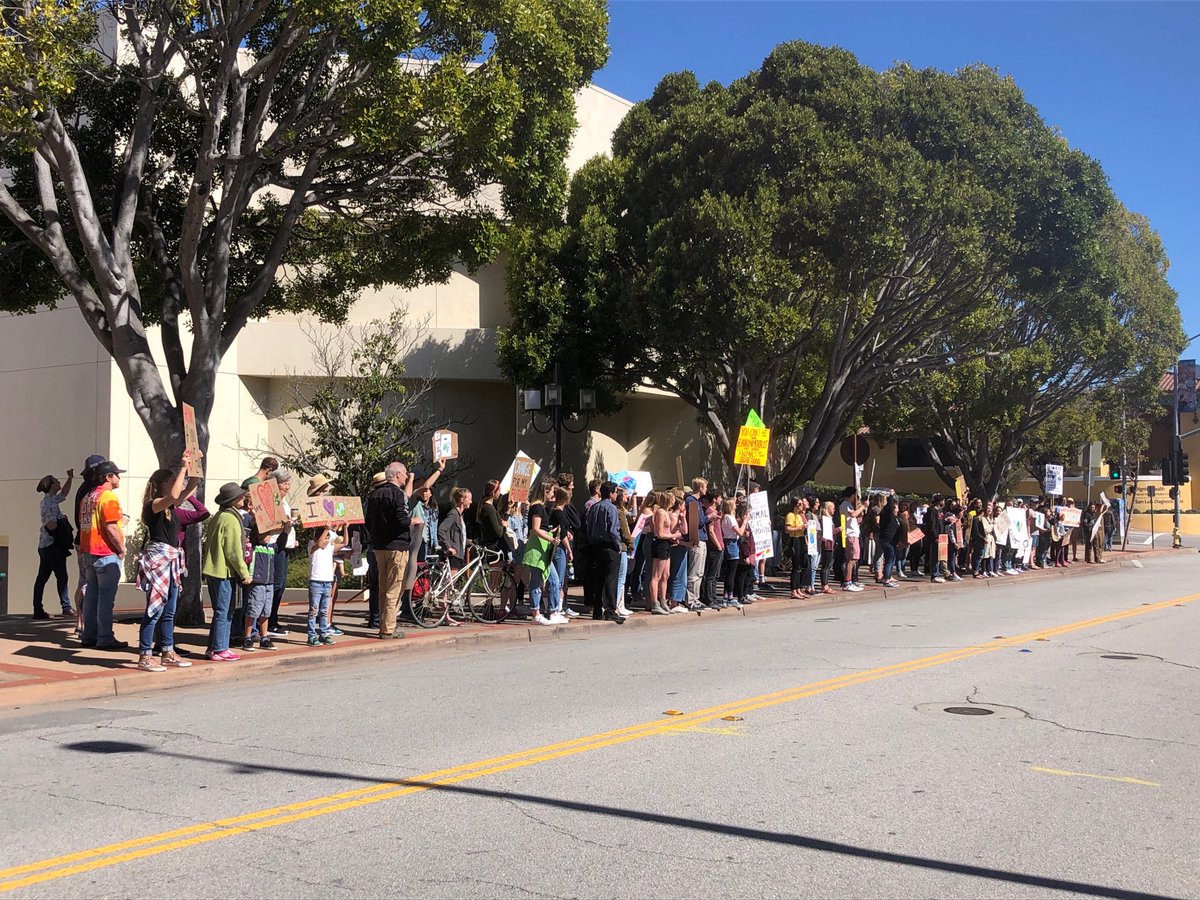 During the demonstration outside the San Luis Obispo County Government Center, participants held signs and spoke about climate change and the need for a healthy planet.

Even though the protest was scheduled to run from 10 a.m. to 1 p.m., shortly after noon all the protestors had left some leaving the area littered with their campaign signs. 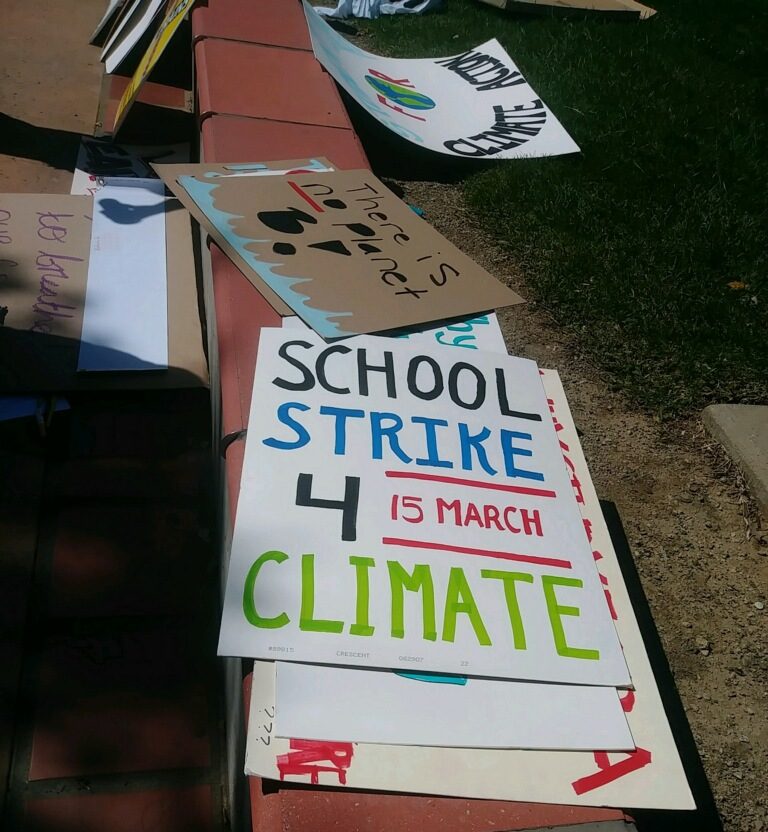 Signs left at the government center