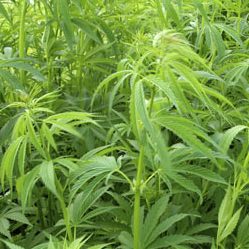 The Templeton Area Advisory Group (TAAG) held a special meeting on March 14 to address allegations of wrongdoing and possible voter fraud during the March 2 election.

Following the election in which three marijuana industry insiders, Jason Kallen, Frances Esters, and Marie Roth, ran against four long-time residents, candidates and their supporters lodged multiple allegations of election misconduct. Even though the election results are not being contested, at least five complaints of wrongdoing were submitted to San Luis Obispo County officials.

Following the election, TAAG Board Member Murray Powell voiced concerns over candidate Kallen’s behavior at the polling station. Kallen is a cannabis cultivator who recently moved to Templeton and applied for a permit for a 3 acre outside grow, 22,000 square feet of indoor cultivation, and manufacturing of pot at a site on South El Pomar Road.

According to Powell, Kallen was campaigning and taking photos inside the meeting room, and harassing voters.

During polling, campaign workers allowed six people to fill out provisional ballots, because they said they live in the TAAG voting area but were not listed on the voter rolls. This led to several contentious arguments over process.

Powell said Kallen interrupted and accused him of allowing people to vote who were not from the district, and then harassed the provisional voter.

Kallen fired back alleging Powell told people how to vote, filled out  people’s ballots, and let people vote who were not on the voter registry.

Powell said these allegations were either fabricated or the product of Kallen’s inexperience with election procedures. Powell also said he wrote provisional on several ballots, but did not fill them out.

Another cannabis cultivation supporter, Templeton resident Melanie Blankenship, also accused Powell of filling out six ballots and of being confrontational when a bystander protested the provisional ballots.

Blakenship and Kallen also reported a woman standing outside the polling station who was handing out literature for candidate Bruce Jones. After learning about the woman, campaign staff asked her to walk across the street.

During the March 14 special meeting, supporters of the cannabis industry alleged wrongdoing not only by TAAG board members but also campaign volunteers. During public comment, the workers contested their claims.

Board Member Larry Fluer produced a list of suggested improvements to the TAAG election process that include having a different color paper for provisional ballots, a facility separate from the voting area for candidates to speak with voters, banning cameras, and assigning a “sergeant of arms” to remove people who are disrupting the process.

Since California voters approved the growing and use of recreational marijuana, discussions over cultivation proposals have dominated TAAG agendas. The board has a history of both approvals and denials of Templeton area cannabis cultivations.

Chris Cobey ,Bruce Jones, and Jon DeMorales won seats on the TAAG board, with the three candidates affiliated with the cannabis industry coming in last.

“The two major cannabis candidates Jason Kallen and his girlfriend Frances Esters, received 16 and 17 votes,” Powell said. “So the cannabis crowd now moves on to their PLAN B. Protest the election, claim ballot fraud, make false accusations and generally threaten and intimidate anyone who opposes cannabis operations in our neighborhoods and communities.”

One Comment about “Templeton candidate’s feud escalates over cannabis support”