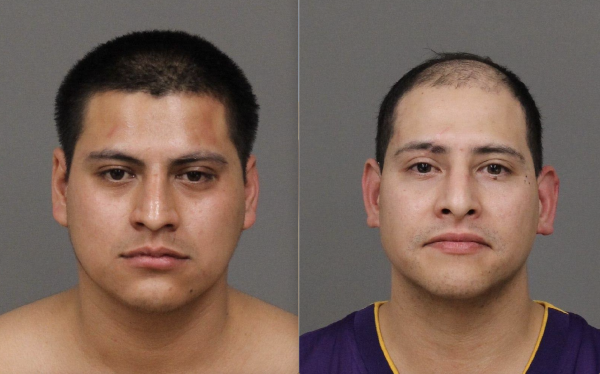 Two men who were allegedly drunk in public on St. Patrick’s Day fought San Luis Obispo police officers, knocking one of the policemen unconscious, according to police.

On Sunday, three San Luis Obispo men got into a verbal argument with staff at a bar in the 700 block of Higuera Street. Shortly afterwards, officers arrested one of the men for being drunk in public, and the other two suspects began fighting with officers, police said.

While struggling to place the two outstanding suspects in handcuffs, one of the officers was knocked unconscious. Responders transported the officer to the hospital, where he was treated and released. The injured officer is expected to fully recover.

The third man whom police initially arrested was only charged with being drunk in public. Police say he cooperated with officers.

In all, San Luis Obispo police made 24 arrests during St. Patrick’s Day weekend, a sharp decrease from a total of 40 arrests during the holiday in 2018. Fourteen of the 24 arrests were for public intoxication, while three were for DUI, one was for false identification and four were for miscellaneous charges.

The overwhelming majority of community members, particularly students, made smart and responsible decisions on St. Patrick’s Day, police said. Police beefed up patrols during the festivities over the weekend in order to monitor celebrations and keep the community safe.