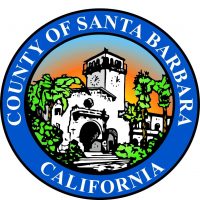 Meanwhile on Tuesday, Purdue Pharma agreed to a potentially precedent-setting settlement of $270 million with the state of Oklahoma. Purdue is the maker of the powerful painkiller OxyContin, and the company has been accused of stoking the country’s opioid crisis with its aggressive marketing of the drug.

The settlement, which could possibly drive Purdue into bankruptcy, is the first such agreement in the many opioid-addiction related cases currently making their way through courts across the country. The state of Oklahoma plans to give most of its $270 million settlement to Oklahoma State University to create a center for studying and treating addiction.

Santa Barbara County says its lawsuit has been consolidated with other cases. The United States Judicial Panel on Multi-District Litigation recently transferred Santa Barbara County’s case to the U.S. District Court of the Northern District of Ohio, a county spokesperson said.

Micki Walker, an administrator at the Santa Maria-based LAGS Recovery Centers, said oxycontin is all over the streets and can be purchased without a prescription. Walker said the number of people needing her organization’s services is increasing.

In addition to drug makers, certain doctors have faced allegations of culpability in the country’s opioid crisis. Medical officials across the country have been trying to determine if a small number of doctors are responsible for the majority of opioid prescriptions written without legitimate medical reasons.