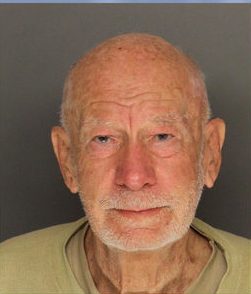 An 84-year-old Santa Barbara man was found guilty by a jury on Monday of eight counts of child molestation, one count of sexual assault, and three counts of contempt of court for attempting to contact the victims.

For more than three decades, Robert Charles Hawley sexually abused his three granddaughters and also committed sex crimes against multiple other victims. Hawley is facing over 138 years to life in prison.

A decade ago, law enforcement officers had investigated allegations Hawley had abused his eldest granddaughter, who was a minor at the time, but the case went no where.

More recently, the eldest granddaughter, refereed to in the case as “Doe,” moved back in with her grandfather after years of being homeless. Doe thought that at her grandfather’s advanced age, he would be harmless.

In 2016, a woman at Raplhs noticed Hawley sexually touching what she thought was an underage girl, but it was Doe who was then over 18.

Then a detective on the case discovered Doe was the alleged victim from a decade earlier, when she was underage.

The detective determined Hawley had abused Doe from the time she was 6 until she was 16 years of age, and then again when she moved in with him. He also abused her two younger sisters.

At his trial, three additional women testified that Hawley had sexually assaulted them in the past.

Hawley’s sentencing hearing is scheduled for May 29 in Santa Barbara County Superior Court.