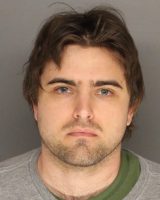 A popular Santa Barbara County freelance photographer is accused of seeking out numerous underage girls for sex acts and for producing pornography.

Warburg now faces a host of charges, including committing lewd or lascivious acts with a child, possession of child pornography, communicating with a minor with intent to commit sex crimes and sending harmful material to a minor with the intent of sexual gratification.

A San Marcos High School student notified the school resource deputy that Warburg was attempting to communicate with her in a sexual manner, prompting the investigation. The deputy soon learned of more allegations of suspicious, lewd and suspected criminal behavior involving Warburg and underage female students at local high and junior high schools, as well as at schools out of the area, according to officials.

In June 2018, the Sheriff’s Criminal Investigations Division took over the case. Investigators found there were numerous victims, and there was a pattern of behavior in which Warburg contacted the underage females either in person or through various social media platforms. Warburg would then solicit illegal sex acts and send illegal sexually explicit images.

Detectives served a search warrant on Tuesday and found Warburg was in possession of child pornography. Deputies then arrested Warburg and booked him into the Santa Barbara County Jail.

Detectives interviewed numerous victims, but there may be others who have not been contacted. Officials are asking anyone who has information about the case to call the Sheriff’s Office Criminal Investigations Bureau at (805) 681-4150.