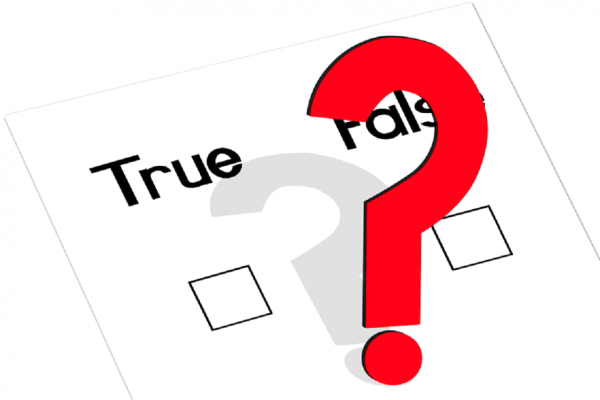 For several months, untrue rumors that the appellant against a proposed marijuana grow on York Mountain Road in Templeton lived nowhere near the site and was motivated to oppose the project because of his opposition to marijuana were circulated by proponents of the grow. This misinformation was repeated as fact by the SLO New Times.

In Thursday’s Shredder column, the anonymous author writes that appellant Ian Mcphee “lives nowhere near the project.” About 40 families live off of York Mountain Road in Templeton, including McPhee whose property lies about a mile behind the project site.

The Shredder then contends that the appellant “was unsatisfied with the terms outlined in the county ordinance that allows for cannabis growing permits.”

The appeal, which is available online, asks the county to abide by the rules of the ordinance and require project applicants Jim McAllister and Laura Gardner to conduct an EIR. However, because it was listed as a small project, the project was exempted from CEQA.

The ordinance also requires licensed pot growers with verified violations of county cannabis laws within the past 24 months to get conditional use permits. McAlister had been operating under a suspended cannabis transportation license and illegally advertising free products online, according to the appeal.

The appellants also point out multiple inaccuracies in the permit application filed by Gardner and McAlister’s consultant Jamie Jones, including that all adjacent property owners were in favor of the project. The neighboring property owner, Gary Bang, whose fence line abuts the area planned for seven greenhouses, was vehemently opposed to the project.

Bang’s wife and two grandchildren suffer from asthma. During the meeting, he voiced concerns about the possible health impacts from the noxious odors marijuana plants produce.

Bang’s daughter also questioned if people would want to bring their children to swim parties near a large pot grow. Even though the Bang family has never grown wine grapes or hosted wine parties, the New Times insinuated otherwise.

“I guess when McPhee wants something, he gets what he wants—and again, why does he care?,” the New Times published. “He’s not the neighbor who complained to the Board of Supervisors that nobody would come to their wine estate pool party because the smell of pot is lingering in the air—which isn’t true.”

The primary assertion in the New Times editorial is that Supervisor John Peschong worked behind the scenes to get the parties to negotiate a settlement to protect his reelection, insinuating that he did not want to publicly oppose the project.

“He (Peschong) passed the blame baton on the Great York Mountain Road Pot Debacle to Compton, whose recent re-election to her seat assures that she won’t take a hit in the 2020 election—because she’s not running,” the New Times reported.

At an earlier Board of Supervisors meeting, on Feb. 26, supervisors Peschong and Debbie Arnold voiced concerns that the project could negatively impact the neighbors. On the other side, supervisors Adam Hill and Bruce Gibson favored the marijuana grower.

While Supervisor Lynn Compton noted issues with cannabis odors in South County, she appeared to support the grower’s team over the neighbors and accused the appellant of manipulating a photograph.

Compton asked the parties to negotiate a deal and come back to the board at a later date.

A month later, on March 26, the appellants and the applicants returned to the board and requested more time to come to an agreement primarily over the length that an outdoor grow prohibition would last. Peschong then suggested the board give the parties 10 to 15 minutes to see if they could reach an agreement.

According to the Shredder, chair Peschong then allotted time for the parties to negotiate a deal.

However, Peschong has not been the chair of the board for three months.

Historically, the editor of the New Times writes the Shredder, which is published anonymously, based largely on tips received from reporters and community members. McPhee said that no one from the New Times bothered to call and substantiate the allegations in its editorial.