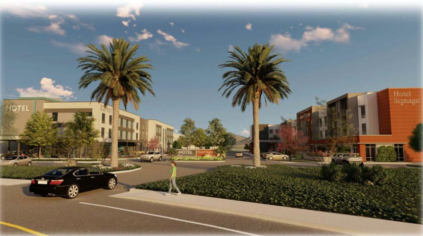 A developer has submitted initial plans to the city of SLO for building two hotels next to San Luis Obispo County Regional Airport, which if built, would become the first lodging constructed beside the airport.

Plans call for the two hotels to have outdoor patio and dining areas, meeting space, fitness rooms, breakfast areas and hotel guest bars. The larger hotel would also have a 490-square-foot pool. The amenities would only be available to guests and not the public.

Project planning is currently in the early stages. At the earliest, the developer hopes to break ground by late spring or mid-summer in 2020.

Previously, developer Hamish Marshall’s WestPac Investments proposed a hotel at the site of the new project. Plans fell through amid the recession a decade ago, and the hotel was never built.

In recent years, the San Luis Obispo airport has added flight routes, as well as a new terminal. On Tuesday, American Airlines will kick off year-round service between SLO and the Dallas-Fort Worth International Airport.