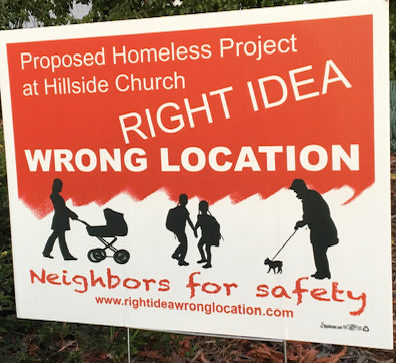 Opposition to the Grover Beach homeless shelter and housing project

Both the South and North County initiatives to construct homeless shelters are in line to receive grant funds needed for their respective projects following a decision Wednesday by the local Homeless Services Oversight Council.

The SLO County Homeless Services Oversight Council decided to recommend awarding $2.6 million in one-time grant funds to the Grover Beach initiative, which includes plans for a shelter to be open only during inclement weather and for low-income housing, and $1.5 million in funding to the Paso Robles homeless shelter project. In order for the funding to be allocated, the SLO County Board of Supervisors must approve of the grant awards.

North and South County agencies have been vying for Homeless Emergency Aid Program (HEAP) funds that have been given to SLO County by the state in order to address homelessness. They will need to secure funds to construct the planned facilities.

In North County, the cities of Paso Robles and Atascadero, as well as local homeless services agencies, are partnering on an approximately $1.7 million shelter project. The site of the planned 5,000 square foot, 36-bed facility is next to the Paso Robles Wastewater Treatment Plant on Sulphur Springs Road near the intersection of highways 101 and 46.

Officials suggest the project would help get homeless people out of the Salinas Riverbed, where storms have led to dangerous situations. As currently planned, the shelter would initially be open overnight in the months of November through March.

The Grover Beach project contains plans for permanent affordable housing, in addition to a warming center for homeless individuals to sleep in during the cold months of the year. The 5 Cities Homeless Coalition and People’s Self-Help Housing are partnering on the Grover Beach project, which is located on the Hillside Church property, a 3.1-acre lot at 1935 Newport Avenue.

As currently planned, the homeless shelter would have 11 dorm-style rooms with up to 44 beds for homeless youth, an administration office and a case management office. The facility would be managed by the 5 Cities Homeless Coalition and would have an on-site manager.

Plans for the second phase of the project call for People’s Self-Help Housing to construct 20 permanent homes for residents whose earnings are at or below 30 percent of the median income. The permanent housing would also include an on-site manager’s unit.

Grover Beach officials have indicated they would support a zoning change for the area from single-family residential to mixed use, so the project can be built. However, a group of neighbors is opposing the project, arguing the shelter would be too close to schools and create safety concerns because of its location in a residential neighborhood.