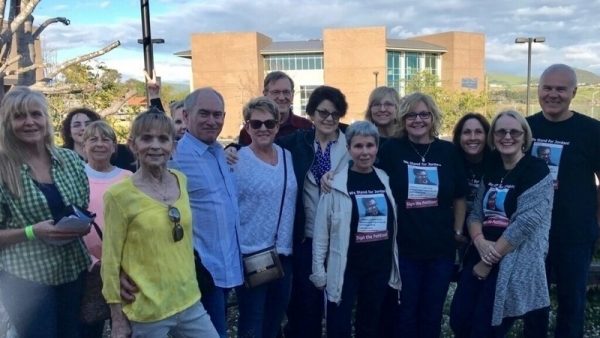 The San Luis Obispo Council of Governments (SLOCOG) board voted Wednesday in favor of restricting left turns at a deadly Highway 101 intersection in Arroyo Grande.

Grant’s parents, James and Becky Grant, have since lobbied local officials and Caltrans to stop allowing left hand turns across four lanes of the highway while they seek a permanent solution to the danger that the intersection poses. In turn, SLOCOG conducted an assessment of the implications of restricting access to the intersection of Highway 101 and El Campo Road.

“With continued growth in the region and heightened use of the roadways by residents and tourists alike, these intersections are becoming more and more problematic and the public response has shifted to support restricted access in the short-term,” SLOCOG Board President Fred Strong said in a statement.

Caltrans spokesman Jim Shivers said the state transportation agency now plans to proceed with restricting left turns at the four South County intersections. However, the changes will not be made immediately, and a date in which they will take effect has yet to be determined.

Some residents have opposed the partial intersection closures on the grounds that they will increase congestion in the area.

Many residents, including individuals for and against the partial closures, support a proposal to construct an overpass at Highway 101 and El Campo Road. However, the construction of an overpass or some other revamping of the intersection is considered by SLOCOG to be a long-term project.