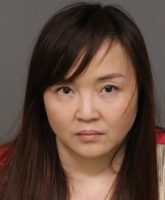 Atascadero police, along with San Luis Obispo County District Attorney’s Office investigators, served search warrants on Wednesday at three massage parlors in the North County city that are suspected of offering sex acts to customers and possibly being involved in human trafficking.

Atascadero police are forwarding the case to the district attorney’s office and recommending prostitution charges against Guifang. Authorities also cited two of the businesses for labor and insurance code violations and yellow-tagged one location for building code violations relating to safety.

Police say they have not yet confirmed whether the massages parlors targeted in the investigation have been involved in human trafficking. Still, police sought help from the DA’s office in providing services like counseling and emergency housing to human trafficking victims, should they be identified.