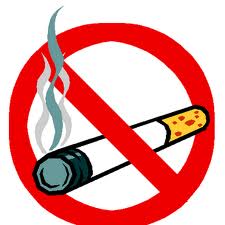 The city of Pismo Beach has extended its existing ban on smoking in certain public areas to many new places, a regulation that will take effect this week and will subject violators to hefty fines.

Pismo Beach previously restricted smoking in public parks and playgrounds and on the beach and pier, as well as near publicly owned buildings. Starting Thursday, outdoor dining areas in Pismo Beach will also become smoke-free zones.

Additionally, the smoking ban will be extended to entryways to various buildings; farmers’ markets and special events open to the public; bus stops; ATM machines and other service areas; recreational areas like bike paths, hiking trails and sports fields; and unenclosed places of employment. Likewise, the ban on smoking will apply to sidewalks along Shell Beach Road and Five Cities Drive and in the downtown area. Vaping, too, will be prohibited in those areas.

“It is the intent of the city council to protect adults and children from the potential dangers of second hand smoke while they enjoy the Pismo Beach community,” Mayor Ed Waage said. “Additionally, the proliferation of smoking-related litter detracts from the standards that our residents and visitors alike have come to expect from our city.”

“We want everyone to have an enjoyable experience,” Lewis said. “Limiting smoking in other areas throughout the city has been beneficial and there has been positive voluntary compliance; we expect the same will occur with the expanded prohibited areas.”