The National Collegiate Athletic Association has penalized Cal Poly for providing student-athletes with excessive financial aid for textbook costs, a violation that has landed the university on probation and could possibly force it to vacate the records of its lone NCAA Men’s Basketball Tournament appearance and a conference championship baseball season.

Between 2012-2013 and fall 2015, Cal Poly provided 265 student-athletes who competed in 18 sports an $800 stipend that did not equal the actual cost of course-related textbooks and supplies purchased, a violation of NCAA rules. The stipend exceeded the actual cost of books for 72 student athletes by a total of $16,180 and resulted in 30 student-athletes exceeding their individual financial aid limits, according to a report produced by the NCAA Committee on Infractions.

In a decision published Thursday, the Committee on Infractions placed Cal Poly on two years of probation and ordered the university to vacate records of games in which student-athletes competed while ineligible because of the textbook rule violations. Additionally, Cal Poly self-imposed a $5,000 fine for the infractions.

The infraction committee report states Cal Poly must vacate the records of all regular season, conference tournament and NCAA tournament games in which ineligible student-athletes participated. It is currently unclear which teams’ records the NCAA will require Cal Poly to vacate, though the report says Cal Poly has acknowledged that student-athletes in most of its sports programs competed while ineligible.

Cal Poly has 45 days to provide the NCAA with a written report listing the games impacted.

During the three and a half year period in which the violations occurred, Cal Poly enjoyed athletic success that is not typical of the university. In 2014, the Cal Poly men’s basketball team won its first and only Big West Conference Tournament championship. The basketball team then appeared in its first NCAA Tournament and won an opening round game.

In 2013, Cal Poly’s baseball program qualified for its second NCAA Tournament and produced its first tournament victory before narrowly losing to UCLA, the eventual national champion. Then in 2014, the Mustangs baseball program produced its best season, winning the Big West Conference for the first time and likewise hosting the first ever San Luis Obispo Regional in the NCAA Tournament. 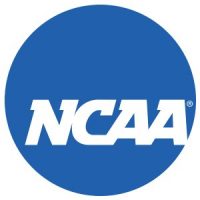 The NCAA report says not only must team records be vacated, but individual student-athlete records must also be vacated if players participated in contests while ineligible. Likewise, head coaches who had ineligible players on their teams must vacate records, and the wins they accumulated during the period when the violations occurred cannot be counted toward their coaching milestones.

While in agreement that violations occurred, Cal Poly and the NCAA have presented the facts in slightly different manners.

The university news release did not mention the total of 72 athletes who were allegedly over compensated for textbooks but who did not exceed their financial aid limits.

Cal Poly says it made a “single accounting error repeated over several years”, and it was misapplying NCAA rules about textbook stipends. The university discovered the error through self-monitoring.

“Our athletic program upholds the highest levels of integrity, promoting an atmosphere of rules compliance in everything we do,” the university said in a statement.

In announcing the sanctions, however, the NCAA said it found that Cal Poly lacked a fundamental understanding about the textbook rules and did not monitor its book scholarship program to ensure compliance.

Following the announcement of the sanctions, Cal Poly has gained some sympathy, including from USA Today sports columnist Dan Wolken.

“Essentially the NCAA is punishing the school/kids because of a $200 per athlete accounting error. Absurd,” Wolken wrote in a tweet. “Cal Poly got more of a punishment for giving its athletes textbooks than North Carolina got for fake classes.”