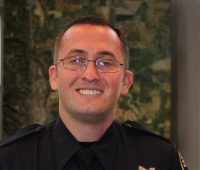 The California Attorney General’s Office is reviewing a decision by the San Luis Obispo County District Attorney’s Office to not charge a Paso Robles officer accused of sexual assault while on the job. [Tribune]

Even though DNA evidence found at the alleged victim’s home showed former Paso Robles Sgt. Christopher McGuire had sex with a woman who called for help with a domestic issue at her home, District Attorney Dan Dow said he could not prove the sex acts were not consensual. Investigators noted that sexual acts occurred while the officer was in uniform.

A few days later, McGuire returned to the home and ordered the woman to perform a sex act in her garage while threatening to have SLO County Child Welfare Services take her children if she did not comply, the victim said. Investigators later found McGuire’s DNA in the alleged victim’s garage.

The SLO County Sheriff’s Office conducted an investigation and found at least three women who alleged McGuire assaulted and harassed them or engaged in misconduct in their presence. The sheriff’s office recommended prosecutors charge McGuire with forcible rape, attempted forcible rape and assault and battery, but Dow announced last November that the DA’s office would not file charges against the officer.

In February, Brian Claypool, a lawyer representing the alleged victim requested that the attorney general’s office review the case. On April 10, Deputy Attorney General Nancy Lii Ladner sent a letter to Claypool saying state prosecutors are reviewing the case and will inform him of their findings.

SLO County prosecutors are cooperating the attorney general’s office as it reviews the case, Dow said.

Claypool said his client has a strong chance of getting around the typical statute of limitations since the sheriff’s office investigation, with which the alleged victim cooperated, lasted for three months after she reported McGuire. The DA’s office then took an additional two months to conduct its review.

Additionally, the case has prompted Central Coast Assemblyman Jordan Cunningham to introduce a bill that would close legal loopholes in order to make it easier for prosecutors to charge public officials who use their authority to gain sexual favors.