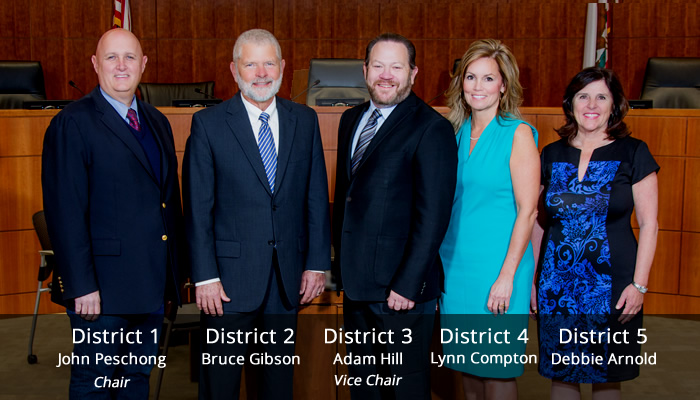 The San Luis Obispo County Board of Supervisors voted 3-2 on Tuesday to approve funding for a controversial homeless services project in Grover Beach.

Supervisors Adam Hill, Bruce Gibson, and John Peschong voted to award $2.6 million in grant funds for a proposal to provide transitional housing for young adults and homeless services at the Hillside Church property, a 3.1-acre lot at 1935 Newport Avenue. While both supervisors Lynn Compton and Debbie Arnold spoke of the need to fund the proposed project, they wanted those involved to consider moving the project to a less controversial location.

“We need something in South County desperately and I want to allocate the funds,” Compton said. “My problem is this is in a residential neighborhood.”

On the other side, supervisors Hill and Bruce Gibson argued that the homeless should be housed in residential areas and that the board should follow Grover Beach Mayor Jeff Lee’s recommendation and approve funding.

“I think we have a chance to move forward with what our responsibility is,” Hill said. “The homeless deserve to find housing in residential neighborhoods.”

Arnold noted issues with the vetting process, and the timely notification of neighbors of the Hillside Church property.

Casting the swing vote, Supervisor John Peschong said the responsibility of the county was to approve funding and that it was the Grover Beach City Council’s duty to approve the location.

With Compton and Arnold dissenting, the board voted 3-2 to provide $2.6 million in grant funding for homeless services and housing at the Hillside Church property.

Plans for the Grover Beach project include 11 dorm-style rooms with up to 44 beds for homeless young adults, an administration office and, a case management office. The 5 Cities Homeless Coalition will oversee the facility and provide an onsite manager.

Plans for the second phase of the project call for People’s Self-Help Housing to construct 20 permanent homes for residents whose earnings are at or below 30 percent of the median income.

The Board of Supervisors’ motion included another $1.5 million worth of grant funding to be used for the construction of the first-ever homeless shelter in Paso Robles and the expansion of the existing ECHO Shelter in Atascadero.

An additional $400,000 was dedicated for a detox program at 40 Prado in San Luis Obispo.

With wide-community support, government officials and local homeless services agencies have worked together to provide a homeless shelter in Paso Robles. Initially, the North County shelter will be operational from November through March.

The 5,000 square foot, 36-bed facility will be constructed next to the Paso Robles Wastewater Treatment Plant on Sulphur Springs Road near the intersection of highways 101 and 46.