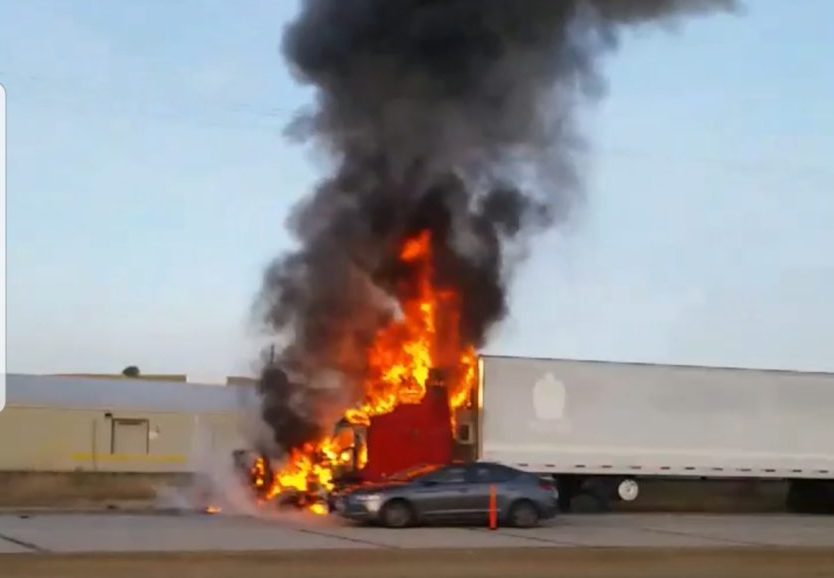 A semi truck caught on fire on Highway 101 near Camp Roberts Friday morning, creating a dangerous situation because of nearby power lines.

The truck fire broke out at about 6:10 a.m., one mile south of Camp Roberts, according to Cal Fire. Initially, the left front tire of the truck was on fire, and the blaze then spread to the front end of the semi and nearby vegetation, according to the CHP.

By 6:25 a.m., flames reached PG&E power lines, according to the CHP. There have not been any reports of power outages in the area.

At the time of the truck fire, the semi was on the right side of the southbound highway. Authorities closed one lane of the highway, and traffic slowed in the area.

Officials have not reported any injuries as a result of the truck fire.