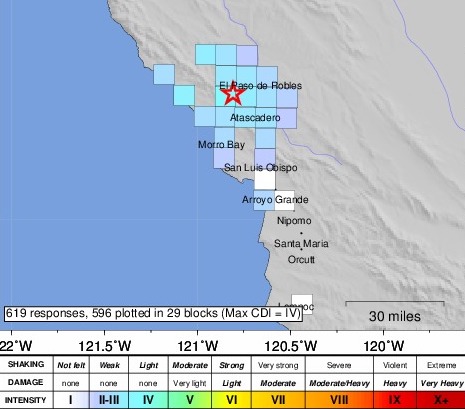 At 10:22 p.m., the earthquake occurred at a depth of three miles. The epicenter of the earthquake was less than one mile north of York Mountain Road and Highway 46, according to the USGS.

Residents in the York Mountain area felt the quake and reported rumbling and shaking. Light shaking was also felt in Paso Robles and Atascadero.

Some weak shaking occurred elsewhere in the county. A USGS map shows the quake was felt as far away as SLO County’s North Coast and Arroyo Grande.