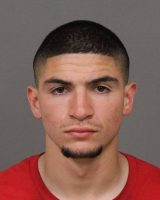 Francisco Orozco, a 19-year-old Oakland man, initially evaded capture but was arrested later in the day on Sunday. Orozco is charged with attempted murder and is currently in the San Luis Obispo County Jail with his bail set at $500,000.

Shortly after midnight, witnesses reported shots being fired at the south end of the dunes. Emergency responders transported the six injured people to local hospitals.The current conditions of the victims is not available.

The sheriff’s office took over the investigation from California State Parks and is continuing to interview witnesses and process evidence. Sheriff’s officials have not disclosed a possible motive for the shooting.

Investigators are asking anyone with information about the shooting to contact the sheriff’s office at (805) 781-4550.