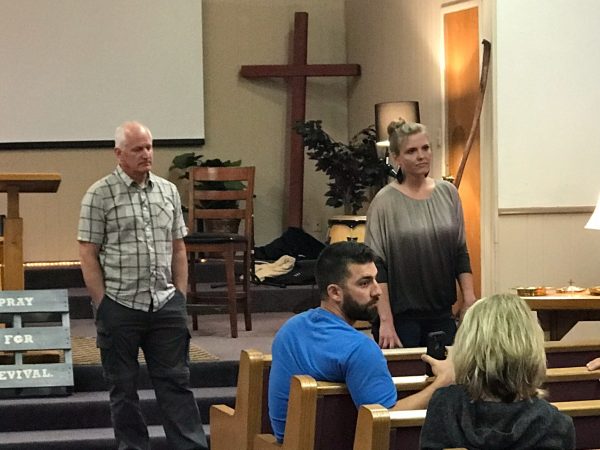 Members of Hillside Church of Grover Beach will be conducting services Sunday. But it won’t be in the 67-year-old church. The locks have been changed and signs taken down in a dispute between some church members and the Christian & Missionary Alliance.

After learning last fall that the Hillside Church of Grover Beach was being sold to build a homeless facility, John Fleming and the other congregants were dumbfounded. After all, the parish owned the property free and clear.

Then on May 5, representatives of the Christian & Missionary Alliance (C&MA) asked parishioners to attend a meeting where they explained that the parish and all its assets now belonged to them. C&MA District Representative Ray Van Gilst and local treasurer Valerie Wilson, said they were shutting down the church because parish membership had fallen.

Wilson said 17 church members voted to transfer ownership in 2014 to the C&MA, a group know for closing churches and selling off the assets with none of the proceeds going to the parishioners who funded the churches. However, the independent Baptist church’s bylaws require a vote of the Board of Trustees to dispose of the property.

During the May 5 meeting, several attendees disagreed saying they were on the board at the time and unaware of the alleged meeting. They also challenged the process of allowing non-board members to vote to transfer ownership of the church to the C&MA in violation of the bylaws. 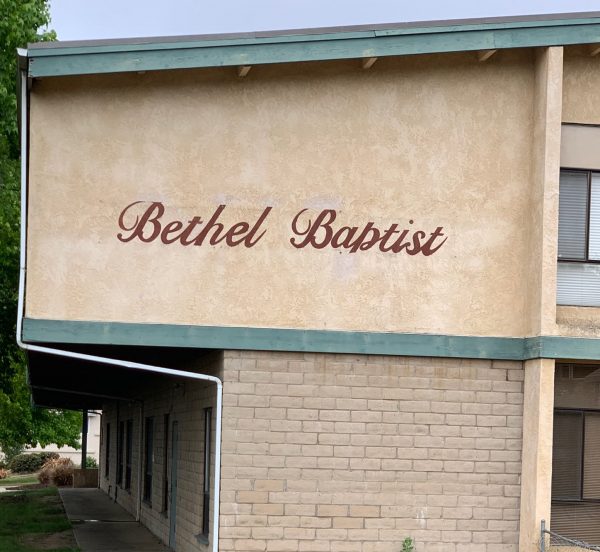 Wilson disagreed, saying none of the attendees at Sunday’s meeting had been on the board, nor were they members of the church. When asked who in attendance had voted, several people who attended the meeting with Wilson raised their hands.

Several attendees at Sunday’s meeting, including John Fleming, said they were members of the board and were not informed of the alleged meeting.

About 10 years ago, Ron Kennedy became an assistant pastor of the church. A few years later, Kennedy moved into the primary pastor position and brought Valerie Wilson and her husband Ryan Wilson into the parish. Kennedy then assigned Valerie Wilson to handle the very limited accounting required at the small congregation, Fleming said.

On May 6, Fleming filed a grant deed on the church property listing him as the president of the church and taking it back to its original name of Bethel Baptist Church, according to the deed.

In an attempt to save the church by showing a failure to abide by church bylaws, Fleming poured over banking records and found multiple checks for questionable payments to Kennedy after he was no longer the pastor, and large credit card payments to a card associated with a dress shop, all signed by either Wilson or De Mille.

“There is no valid reasons for many of these expenses,” Fleming said.

In October, after making a deal to sell the property to the 5 Cities Homeless Coalition, Kennedy and Wilson unhooked and drove away with a sound system worth about $200,000, Fleming said. He has asked the Grover Beach Police Department to investigate the two for theft, but officers said it was a civil issue, Fleming said.

During the May 5 meeting, parishioners voiced concerns about Wilson benefiting personally for her vote to place the church in the hands of the C&MA. Wilson, a real estate agent, is representing the C&MA in the sale of the church property to the 5 Cities Homeless Coalition which is planning to transform the property into a homeless services office and transitional housing.

“You have a vested interest in the church going under,” Warren Ness, a parishioner at the church, told Wilson. “We should not be closing churches. Shame on you.”

Wilson said there is no conflict of interest because she had been transparent in her role as the seller’s agent.

At the end of the May 5 meeting, Van Gilst, the C&MA official, told the more than 100 attendees that they were no longer permitted to hold services in the Grover Beach church.

“The church is in escrow, we cannot change it,” Van Gilst said. “As a congregation, this is your last Sunday here.”

On the evening of May 5, the C&MA changed the locks and removed the Hillside Church signs from the front of the building.

Even so, Fleming and a group of parishioners continue to claim the church remains under the original nonprofit board and that they plan to mount a legal fight to protect their parish.

On Sunday at 10 a.m., Fleming plans to hold a service outside the church, located at 1935 Newport Avenue.

“We will hold services in other locations until we are successful in saving God’s house,” Fleming said.