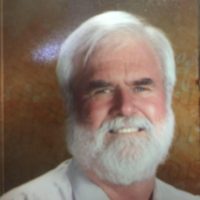 At the end of a turbulent school year that included the resignations of high-ranking officials and the district incurring an approximately $3 million budget shortfall, the Paso Robles school board has selected a longtime local educator to serve as the next superintendent.

On Tuesday, the Paso Robles Joint Unified School District announced current San Miguel Superintendent Curt Dubost has been selected to take over the superintendent’s position in Paso Robles. The Paso Robles district offered Dubost, who previously came out of retirement to take the San Miguel position, a three-year contract, which the school board is expected to approve on May 14.

Last December, then-superintendent Chris Williams left the Paso Robles district less than four months after receiving a new contract with a base salary of about $215,000. Williams announced his resignation on the same day that the district’s athletic director and student services director also announced their resignations. A couple months later, the principal of Paso Robles High School announced he would resign at the end of the current school year.

Williams’ resignation also came at about the same time officials revealed the school district was faced with a $2.1 million shortfall for 2019-2020 and an additional $800,000 shortfall in 2020-2021. The district’s reserves had been depleted to 1.73 percent, which is below a state-mandated minimum reserve level.

As part of approximately $2.15 million in budget cuts, the district announced it would grant 30 teachers and nine other staff members early retirement. The district still must make cuts to close the 2020-2021 budget gap.

Dubost holds both a bachelors and a masters degree from Stanford, as well as a doctorate in education form the University of Southern California. He also comes from a family of educators with roots in North County dating back to the 1880s.

The multi-time superintendent’s wife, Kate, is a retired educator who worked for the Atascadero and Paso Robles districts. Dubost’s son, Ted, currently serves on the Templeton school board.

Board President Joel Peterson said Paso Robles trustees were searching for a candidate who had experience and leadership skills for guiding the district, and they are very happy with Dubost’s experience as a school administrator.