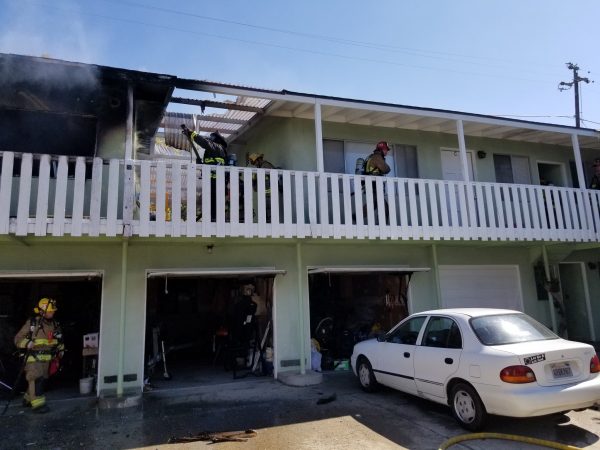 Shortly after 9 a.m., witnesses reported a fire was burning at the multiple unit building on Coburn Lane near Shell Beach Road. Firefighters arrived to find fire and smoke coming from the second floor.

One small apartment was a complete loss. Units on both sides and an apartment located below suffered smoke damage.

According to Cal Fire, the Red Cross is assisting the three families displaced by the fire.