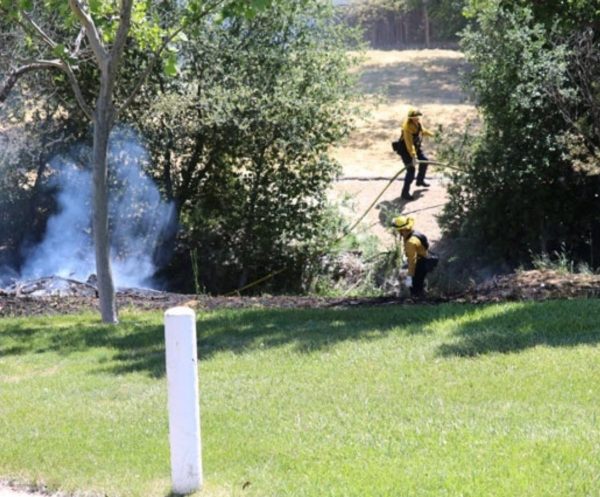 A vegetation fire broke out Saturday afternoon near a Paso Robles apartment complex, but firefighters quickly contained the blaze.

At about 2 p.m., the fire was spotted in the area of 1203 Alamo Creek Drive and near the Dry Creek Apartments. Firefighters arrived and found the blaze burning in cut grass near the apartment complex, according to the Paso Robles Fire Department.

Firefighters contained the blaze to a size of about one eighth of an acre. There were no reports of any injuries, and the cause of the fire is under investigation.

Two Paso Robles fire engines, one squad and a battalion chief responded to the fire. Cal Fire personnel and Templeton firefighters assisted with extinguishing the blaze.

Paso Robles officials say fire season has come, and all residents are encouraged to create defensible space around their homes and to eliminate potential sources of ignition. The wet winter has created an abundance of grasses that will potentially increase the wildfire threat, according to the fire department.